The so-called Buy American proposal may be the hardest for Canadian negotiators to swallow, an official with Global Affairs Canada said, adding that it would completely rework NAFTA's traditional approach to procurement 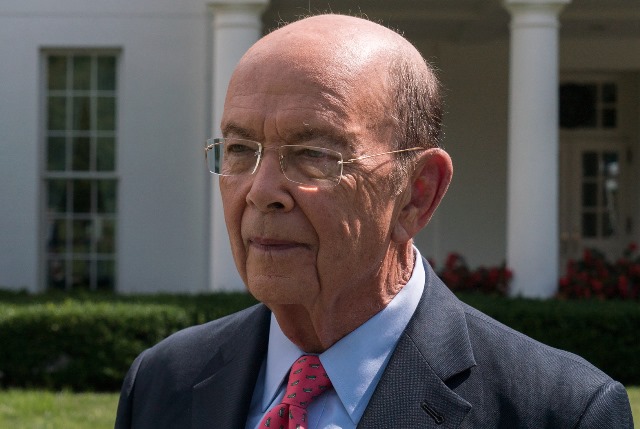 The remarks come a week after U.S. Commerce Secretary Wilbur Ross said the U.S. was asking Canada and Mexico to “give up some privileges that they have enjoyed for 22 years. And we’re not in a position to offer anything in return.” PHOTO: Evan Walker/The White House

OTTAWA—A senior Canadian foreign ministry official says it is hard to see a way forward in the North American Free Trade Agreement renegotiations because of a series of “problematic” proposals by the Trump administration.

Martin Moen, the director general of the North American and investment division at Global Affairs Canada, said Nov. 2 they include recent U.S. proposals on increasing American content in automobiles, a five-year sunset clause and doing away with a dispute settlement mechanism.

But Moen suggested the so-called Buy American proposal from U.S. negotiators might be the most difficult to swallow.

“The U.S. put forward a proposal that they’re calling ‘dollar-for-dollar’ that we fundamentally disagree with,” Moen said.

The U.S. position is that all procurements should be of an equal dollar value in each country, he said.

Given the relative size of the two economies, Canadian firms would be allowed to bid on only “a very limited set of procurements.”

Moen said that would “completely move away” from NAFTA traditional approach to procurement and would result in “fundamentally rendering this chapter meaningless.”

His candid assessment was given to a trade symposium in Ottawa, co-sponsored by the Centre of International Governance Innovation. It was billed as an update on the recently completed fourth round of NAFTA talks, which revealed a wide gap between the U.S. and its Canadian and Mexican counterparts.

Moen demurred when asked by an audience questioner if Canada was prepared to walk away from the negotiating table.

But he said if the talks “can’t get past” these U.S. proposals: “It’s going to be very difficult to see a path forward.”

Canada remains committed to talks that would modernize the agreement and build on the existing pact, he said.

“Canada is not seeking to block a meaningful negotiation. We’re not seeking to be in any way slowing things down,” said Moen, who recently served as a senior trade official in the Canadian embassy in Washington.

“But there are areas where we just don’t see how an effective, rules-based agreement that’s going to help our three economies can be built with these kinds of problematic approaches to the fundamental issues.”

Moen said progress has been made in several areas, including digital commerce, while two chapters on small- and medium-sized businesses and competition policy are closed.

There is still much good work to be done and Canada is prepared to do it during the next round of talks in Mexico, he said.

“We have been facing a situation where the United States has either sought to pull back on elements of the agreement that we think are extremely important, or to take approaches that we think are not going to be workable in the context of a free trade agreement.”

He called the U.S. proposal to do away with the dispute settlement chapter as “fundamentally unacceptable.”

Moen’s remarks came one week after U.S. Commerce Secretary Wilbur Ross told CNBC that the U.S. was asking Canada and Mexico to “give up some privileges that they have enjoyed for 22 years. And we’re not in a position to offer anything in return.”

C. Fred Bergsten, who has served decades in various economic and trade roles in the U.S. government, said Moen’s assessment of the NAFTA talks was one more illustration that the “world trading system is at risk.”

And he singled out President Donald Trump, whom he called the most protectionist U.S. president in a century, as the main cause.

Bergsten praised Canada as a leader in promoting liberalized trade, citing its free trade deals with the European Union and Japan. He said it is playing a “critical role” in how it stands up for liberalized traded in its tough renegotiation of NAFTA.

The NAFTA talks are the first “real test” of Trump’s trade policy and what he called the president’s “false premises, contradictions, the baseless claims.”

“Everybody is watching, from Berlin to Bangkok,” said Bergsten, a senior fellow at the Peterson Institute for International Economics in Washington.

“The outcome of the NAFTA talks will indicate what Trump, at the end of the day, will accept: will he really blow it up with his two biggest trading partners or will he take face-saving concessions and declare victory?”