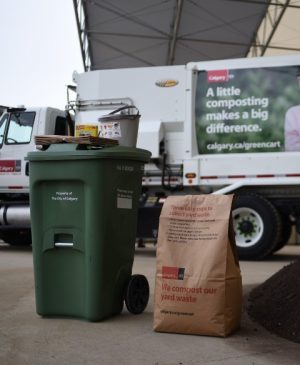 The Alberta city plans to introduce more than 300,000 rolling green bins as part of a new composting program. PHOTO: City of Calgary

SAINT-DAMIEN, Que.—Quebec injection molding firm IPL Inc. has won a $13 million contract to manufacture hundreds of thousands of plastic carts for the City of Calgary.

Alberta’s largest city said April 20 it will begin rolling out a new composting and organic waste program this summer. About 320,000 single-family homes across the city will receive one of the new green bins designed to hold both food and yard waste.

The new program follows a 2012 pilot, which saw participants reduce their garbage output by nearly 50 per cent.

Under the contract, IPL will deliver approximately 325,000 of the rolling, injection-molded green bins.

“This new contract allows us to consolidate our leadership in the municipal sector across Canada,” Paul Palazzo, vice-president of Sales and Marketing at IPL’s Environment division, said. “This contract, and others to be announced, will help us increase production in our plants and accelerate the growth of our company.”

The company operates two Canadian plants in Saint-Damien, Québec and Edmundston, New Brunswick, as well as one American facility in Lee’s Summit, Missouri.