Neptec Design Group has been tasked with developing a system to monitor the outside of the International Space Station, which will work in tandem with existing Canadian technology on the station 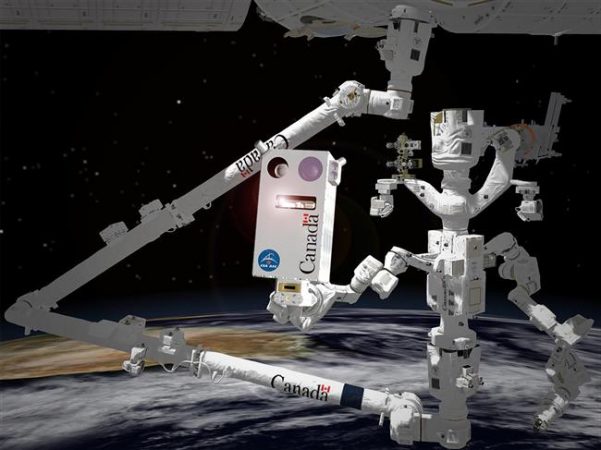 The new monitoring system will give the ISS’s Canadian robotic handyman, Dextre, the ability to quickly detect signs of damage on the exterior of the station. PHOTO: Canadian Space Agency

LONGUEUIL, Que.—An $11.9-million contract has been awarded to Neptec Design Group Ltd., an Ottawa-based company specializing in the development of spaceflight sensors and equipment, to develop a monitoring system for the International Space Station (ISS).

The Canadian Space Agency, which awarded the contract, says the system will use a combination of three sensors—a 3D laser, a high-definition camera and an infrared camera—to monitor the outside of the ISS, keeping the space laboratory inside safe and operational.

The technology also will give the ISS’s Canadian robotic handyman, Dextre, the ability to quickly detect signs of damage on the exterior of the station.

In addition, the system—set to launch in 2021—will help spacecraft dock when visiting the ISS, and relay images of the ISS back to Earth. It will be operated by mission controllers on the ground at NASA’s Johnson Space Center in Houston, Texas., or at the CSA’s headquarters in St-Hubert, Que.

“Our government believes that an investment in space is an investment in science and innovation. These investments create new opportunities for the space sector and well-paying, middle-class jobs for Canadians. That’s why we are investing in the companies and technologies that will drive Canada’s next steps in space exploration. The technologies that are designed for space today can one day be applied to the everyday lives of Canadians. That’s how innovation leads to a better Canada,” said Navdeep Bains, minister of Innovation, Science and Economic Development.