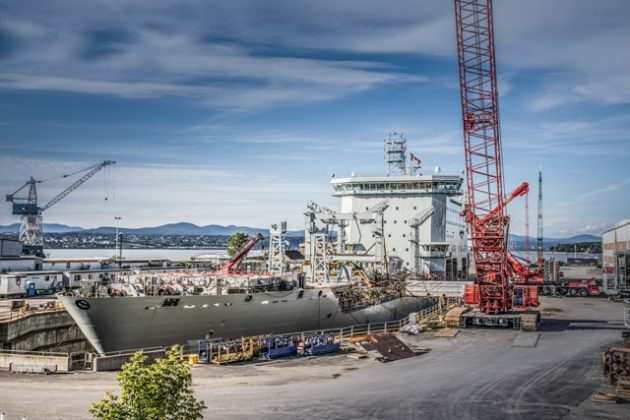 Davie recently completed the Asterix supply ship and its workers were expecting an order from Ottawa for a second one. PHOTO: Chantier Davie

QUEBEC—The lack of federal contracts for the Davie shipyard near Quebec City is an “injustice,” Quebec Premier Philippe Couillard said Tuesday as he urged Ottawa to send a strong signal to workers at the facility.

There are not two but three shipyards in Canada and Davie needs to stay active, the premier told The Canadian Press in an interview.

Davie recently completed the Asterix supply ship and its workers were expecting an order from Ottawa for a second one.

But the Canadian Forces decided another ship wasn’t necessary and, as a result, 113 workers were recently told they would be let go, while up to 800 could lose their jobs by Christmas.

“The near totality of the contracts has been concentrated in British Columbia and the Maritimes,” Couillard said. “We have to reverse this and come back to something that is more symmetrical, more just and equal in the awarding of contracts.”

He said there are plenty of opportunities to send more work Davie’s way such as the upcoming contracts for coast guard ships and the ferry between Prince Edward Island and the Iles-de-la-Madeleine.

“If we look back at Quebec’s history with the rest of Canada, never before have we witnessed a greater diversion of Quebec taxpayer dollars to the two coasts of the country,” he said. “It’s a historic diversion of money.”

Lisee said there exists a “political will to close Davie.”