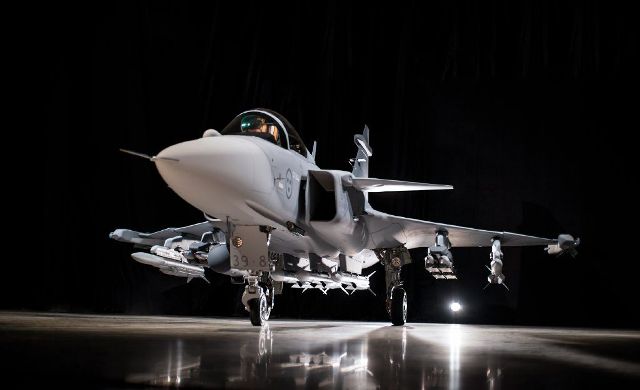 The company revealed the contract Dec. 14, saying its engineering team in the U.K. has recently been working to finalize the landing gear’s design. The Canadian company built the landing gear system for previous iterations of the Swedish fighter at its U.K. facility and said it will manufacture the components for the Gripen E variant in the U.K. as well.

It did not release the value of the deal.

According to Héroux-Devtek, there are currently 96 firm orders for the jet from the Swedish and Brazilian air forces, while the Longeuil, Que. firm could be awarded further work if Saab wins more orders for the plane.

“This life-cycle contract will generate revenues over an extended period of time and increase our proportion of sales derived from products on which we hold intellectual property or design authority rights,” Martin Brassard, the company’s vice-president and COO, said in a statement. “It will also solidify our geographical revenue diversification as well as our balance between commercial and defence programs.”

The company said it will start delivering the landing gear systems next year.

Meanwhile, Héroux-Devtek also announced it would miss an annual sales target it had set for 2019. The company cited “production rate adjustments” for certain aircraft programs, including Boeing Co.’s 777 and 777X—for which it’s building the landing gear—as a reason for the miss.

It pulled its $500 million sales target for the year and said it would release an updated figure after assessing the changes.