Alphabet-owned Sidewalk Labs has been chosen to build a smarter, greener neighbourhood on Toronto's once-industrial eastern waterfront.Google will also relocate its Canadian headquarters to headline the new development 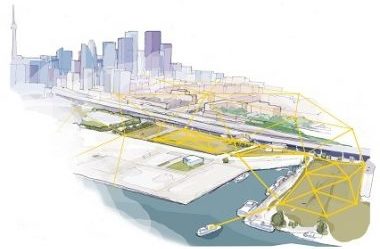 The Oct. 17 announcement, headlined by Prime Minister Justin Trudeau, will see Google Canada move its headquarters to anchor the development in the city’s port lands area.

“This will create a test bed for new technologies in Quayside,” Trudeau said. “Technologies that will help us build smarter, greener, more inclusive cities which we hope to see scale across Toronto’s eastern waterfront and eventually in other parts of Canada and around the world.”

Few specifics of the development were available, but Sidewalk said the area will be a hub for urban innovation built “from the internet up” that will tap into Toronto’s tech sector to ultimately “improve the quality of city life.”

Eric Schmidt, executive chairman of Alphabet, touted both Toronto’s multicultural population and Canada’s immigration policy as part of the reasoning for choosing the country’s most populous city for a US$50-million investment.

“You guys are the home for immigrants—excellent,” Schmidt said. “Try to remember that technology is powered by immigrants. I need to tell some people in America, so please continue.”

Schmidt said he met with Trudeau shortly after the 2015 federal election. He said Trudeau came to him and said Canada wanted to be the next Silicon Valley, the world’s leading technology hub in California.

“I hear this a lot from politicians, but somehow I believed him,” Schmidt said.

So Sidewalk Labs bid on the waterfront project.

“This is the culmination on our side of almost 10 years of thinking about how technology could improve the quality of people’s lives in the ways that have been defined already, whether it’s inequality and access and opportunity and entrepreneurship,” Schmidt said.

Several months ago, the federal, provincial and municipal governments announced a $1.25 billion flood protection and waterfront revitalization investment in the same area.