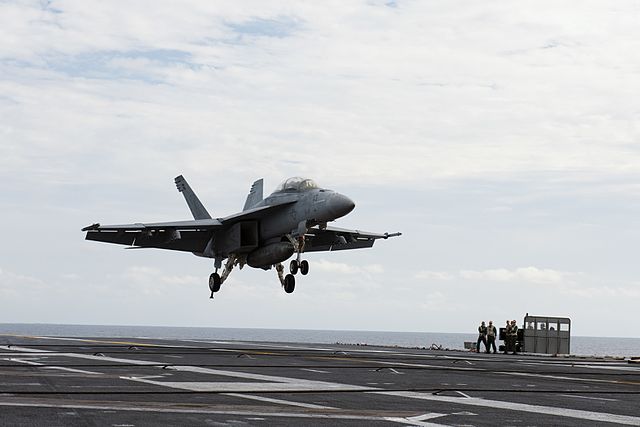 The federal government announced a plan to buy 18 Boeing Super Hornet last year, but a group of former commanders say the plan is flawed

OTTAWA—More than a dozen retired Royal Canadian Air Force commanders are urging the Liberal government to scrap its plan to buy a fleet of Boeing Co. Super Hornets as a stopgap while searching for a permanent replacement for Canada’s CF-18 fighters.

“It would significantly impair the Royal Canadian Air Force for years to come and ultimately damage the nation’s defence posture,” they say in the letter.

The plan to buy the 18 Boeing fighters to fill what the federal government has described as a “capability gap” was unveiled last year and followed a Liberal campaign promise to not purchase Lockheed Martin’s F-35 to replace Canada’s aging fleet of fighters.

The retired commanders called into question the logic of the so-called capability gap, saying “it has been decades since Canada had sufficient fighter aircraft to meet all our commitments simultaneously,” but that by balancing available resources the air force has managed “reasonably well.”

They added that the Super Hornet purchase would not close the gap, but exacerbate it. They said it would strain RCAF resources without increasing fighter availability by any meaningful amount.

Among other issues, the air force chiefs also said buying the Super Hornets would draw personnel currently supporting the CF-18 program and create the need to recruit new technicians and dozens of pilots—something the RCAF has had trouble with recently.

The former commanders peg the price of the new fighters at between $5 billion and $7 billion and say there are better ways to keep the air force effective while searching for a permanent replacement for the CF-18s. They say completing an open procurement competition for new fighters is “entirely feasible” within the next few years and called on the government to launch a fair competition.

In some of the most-recent developments in the long-running fighter procurement battle, critics accused the government late last year of attempting to bury a report that noted any interim fighter purchase would add “significant additional costs.” They also questioned a government decision to impose a lifetime gag order on 235 officials involved in fighter procurement.

Meanwhile, the high cost of Lockheed Martin’s F-35 fighter has been the source of significant controversy in the U.S. After several exchanges with U.S. President Donald Trump, the defence company announced earlier this month it had reached a 90-plane deal with Washington that would save taxpayers US$728 million.