The move to suspend talks with Boeing comes a day after Defence Minister Harjit Sajjan tore a strip off the U.S. aerospace giant for launching a trade complaint against Bombardier 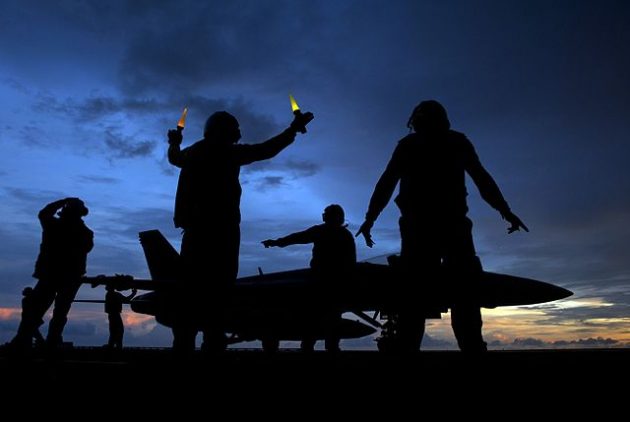 OTTAWA—Steve MacKinnon, the parliamentary secretary for Procurement Minister Judy Foote, says the government has “suspended” talks with Boeing about its plan to purchase 18 CF-18 Super Hornets.

Despite its trade spat with Boeing, the federal government says it isn’t talking to other companies about replacing some of its aging CF-18 jet fighters.

Defence Minister Harjit Sajjan has called the Super Hornet purchase an interim measure to address a shortfall in capability that is preventing Canada from meeting its NATO and Norad responsibilities.

The government says it is disappointed that Boeing has petitioned the U.S. Commerce Department and the U.S. International Trade Commission to investigate subsidies for Bombardier’s CSeries aircraft that it says have allowed the Canadian company to export planes at well below cost.

It says that is not the action of a trusted partner in defence procurement.

MacKinnon was simply using the word “suspension” as “an expression,” said a spokesperson in Foote’s office.

On Wednesday, Sajjan slammed Boeing in a speech to defence industry representatives at a major Ottawa conference. Boeing responded Thursday by cancelling a planned press conference at the large CANSEC military trade show that was meant to highlight its contribution to the fighter jet project.

“Due to the current climate, today is not the most opportune time to share this good news story,” Boeing spokesman Scott Day said in a statement.

“Boeing has provided reliable solutions to Canada’s defence and security needs, and we respect the mutual trust we have established with the Canadian Armed Forces.”