MARKHAM, Ont.—Honda is issuing  recall notices on a pair of Canadian-built vehicles after reports of inadvertent airbag deployment.

According to Honda Canada, it plans to recall more than 23,000 Honda Odyssey minivans from the 2003 and 2004 model years, and approximately 4,800 Acura MDX sport utilities from the 2003 model year in Canada.

The automaker said the recall stems from issues with the vehicles’ Supplemental Restraint System (SRS) that could lead to inadvertent airbag deployment. 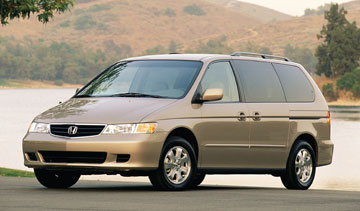 The Honda Odyssey was built at Honda's Alliston, Ont., facility through 2004, while the Acura MDX was built at the same facility until this year. PHOTO Honda Canada

It said it has received one report of a deployment.

No collisions or injuries have been reported related to the issue.

Honda will install an electrical noise filter to address the issue.

The Odyssey was built at Honda’s Alliston, Ont., facility through 2004, while the MDX was built at the same facility until this year.