Canada to buy 16 military rescue planes from Airbus in $2.3B deal

After decade-long procurement battle, feds settle on C-295 turboprop; about 20 per cent of the plane's components are Canadian-made 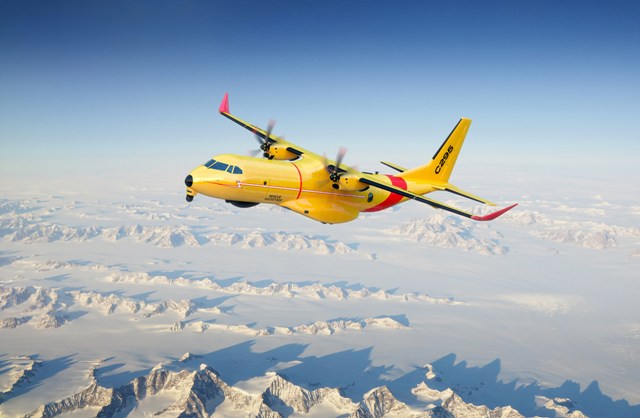 The Airbus C-295 will replace the air force’s existing planes, Public Procurement Minister Judy Foote announced today at Canadian Forces Base Trenton, one of the four bases where the new aircraft will be located.

“This is a significant investment to replace our fleets of Buffalo and Hercules aircraft, strengthen Canada’s capability to conduct search-and-rescue operations and keep Canadians safe,” she said as Defence Minister Harjit Sajjan and Royal Canadian Air Force commander Lt.-Gen. Mike Hood stood nearby.

Airbus beat out Italian firm Leonardo and Brazil’s Embraer to win the contract.

The announcement, which includes an option for a 20-year maintenance contract that would increase the price-tag to $4.7 billion, has been a long time coming.

The effort to replace the Buffalo and older-model Hercules planes, some of which have been flying since the 1960s, was mired in controversy and delays for more than a decade.

The project was first launched in 2002, but was quickly derailed after the military was accused of rigging its requirements for a new search-and-rescue plane to favour one design.

The military denied the charges, but the government nonetheless took the project out of the hands of National Defence and set up numerous checks and balances that only now have produced a winner.

Sajjan said the new C-295 planes will be a “game-changer” when it comes to helping the military respond to emergencies around the country.

“Today we reaffirm our commitment to our women and men in uniform,” he said. “Our dedicated SAR team embodies our military’s commitment to protecting Canadians here, at home, no matter where they are.”

Foote also touted the contract as a big boost to the Canadian economy, as Airbus has paired with a number of local companies to provide the planes’ engines as well as simulators and maintenance.

“Canada’s leading commercial and defence aerospace companies will be able to leverage new opportunities with Airbus,” she said.

The C-295 is powered by Pratt & Whitney Canada engines, while its search and rescue electro-optical systems will be provided by Burlington, Ont.’s L3 Wescam. Meanwhile, CAE Inc. will train pilots and technicians at a new facility in B.C. and support services will be run by AirPro, a PAL Aerospace and Airbus Defence and Space joint venture.