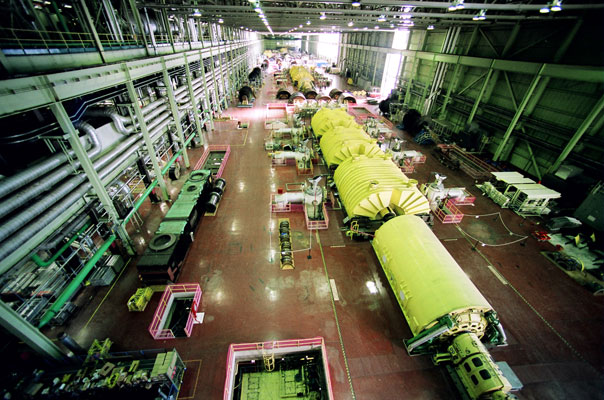 The ‘A’ turbine hall at Bruce nuclear in Tiverton, Ont. PHOTO Bruce Power

“This agreement is a win-win for all involved, securing jobs and injecting millions (of dollars) into Ontario’s economy,” Bruce Power president and CEO Duncan Hawthorne said in a statement. “Our relationship with B&W is strong and they are a key player in helping Bruce Power to provide safe, low-cost, reliable power to every third home, school and business in the province.”

B&W Canada president John MacQuarrie said the relationship between the two sides dates back to 1977, when his company supplied the site’s first steam generators.

Work associated with the contract will begin in January 2015 and is expected to carry out into 2020.