The Canadian company has nearly 200 of its prop planes flying across Africa, including three with Johannesburg-based CemAir 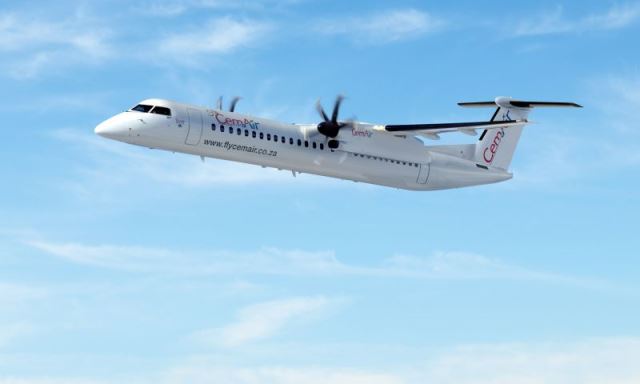 The Canadian company said nearly 200 of its turboprops are flying across Africa. PHOTO: Bombardier

TORONTO—Bombardier Inc. has firmed up a new order for two of its Q400 turboprops from South African client CemAir Ltd.

The Montreal-based company said the two planes are worth US$66 million at list prices and will add to the Johannesburg-based regional airline’s fleet of Bombardier aircraft. The company currently has three Q-Series prop planes and 12 CRJ jets.

The deal follows a letter of intent signed at the Paris Air Show earlier this year. The new Q400s are expected to help CemAir expand to new domestic and regional routes.

Bombardier said nearly 200 of its turboprops are flying across Africa, a region expected to buy about 550 new planes over the next 20 years.