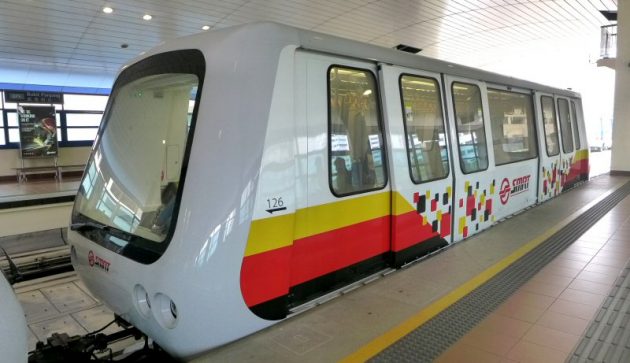 The Bombardier Innovia APM 100 is already in service in Singapore, and existing train cars will be upgraded as part of the city-state’s latest deal with Bombardier. PHOTO: Bombardier

BERLIN, Germany—Bombardier Transportation announced March 7 that it has signed an asset replacement contract with Singapore’s Land Transport Authority (LTA), worth approximately US$262 million.

Jayaram Naidu, VP of Southeast Asia, Bombardier Transportation, said, “As a world-leading rail supplier, Bombardier adds value for its customers and this latest contract shows the trust LTA has in us and further deepens our long-term presence in this important market.”

Singapore’s Mass Rapid Transit and LRT networks have a combined ridership of over three million passengers daily and LTA is seeking to strengthen the country’s rail infrastructure with the target to expand the rail network to 360 km by 2030.