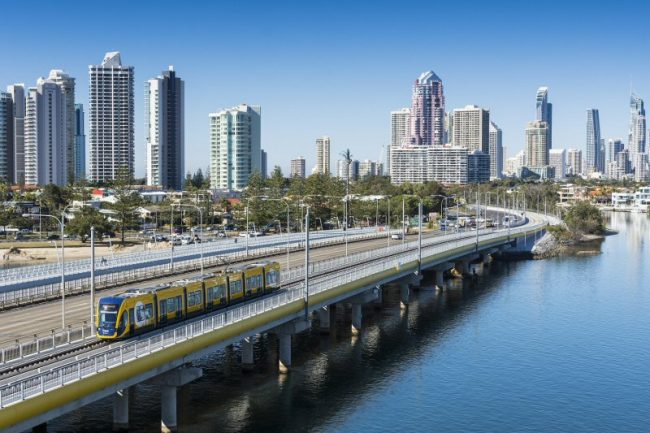 Stage 1 of the 13-kilometre LRT was completed in 2014; Stage 2 will add 7.3 kilometres to the transit line, as well as four new Bombardier trams. PHOTO: Bombardier

Alongside several partners, the company will provide core rail systems for the 7.3-kilometre extension project, as well as build four new trams.

“The total scope of Bombardier’s work for Stage 2 demonstrates that we are the partner of choice for delivering a highly proven, reliable and complete rail solution for the Gold Coast,” Benoit Cattin-Martel, the division’s president of Asia Pacific Region, said.

Stage 1 of the 13-kilometre light rail line was completed in 2014; Bombardier participated in that project as well, delivering 14 FLEXITY 2 trams as well as providing a number of other services.

Bombardier did not reveal the overall value of the new contract, though the deal for four new trams, worth US$18 million, was finalized last fall. The infrastructure work is expected to be completed before the 2018 Commonwealth Games, which are scheduled to be held along Australia’s Gold Coast.