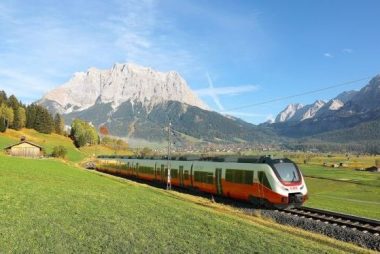 MONTREAL—The Berlin-based rail division of Bombardier Inc. has signed a framework agreement with Austrian Federal Railways that could cover up to 300 trains worth up to US$1.9 billion.

The initial order includes 21 Talent 3 electric trains with a list price of US$156 million.

Bombardier didn’t disclose the actual amount that Austrian Federal Railways will pay for the trains, but said deliveries are scheduled to begin in 2019.

The Montreal-based company said the Talent 3 trains have 50 per cent more seating capacity compared with the previous generation.

The first trains will link rural and urban areas of Austria’s Vorarlberg region with neighbouring countries.