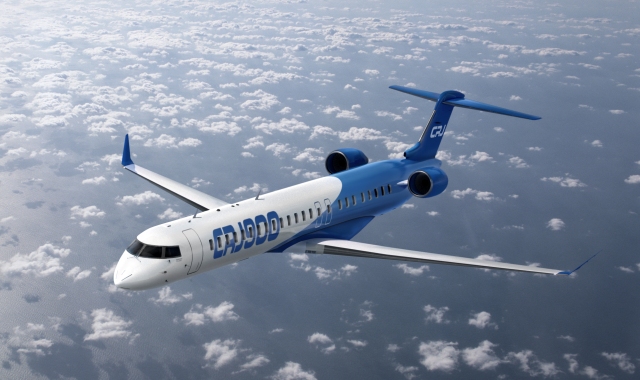 The plane maker’s CRJ900. Bombardier also announced a sale of up to 10 of the regional jets to Nova Scotia’s Chorus Aviation earlier this year. PHOTO: Bombardier

Valued at approximately US$472 million at list prices, the regional jet order comes as Bombardier’s Commercial Aircraft division is gearing up for the official delivery of its first, long-awaited CSeries aircraft to Swiss International Air Lines.

“The modern and fuel efficient CRJ900 aircraft continues to maintain its solid footing and set industry benchmarks with its lower operating costs, outstanding operational flexibility and enhanced cabin amenities,” Fred Cromer, the division’s president, said. “These are key drivers for the growth, profitability and success of airlines around the world and we are delighted that the CRJ900 aircraft is creating excellent value for a wide variety of operators with diverse business requirements.”

The sale of the regional jets follows another order for up to 10 CRJ900s from Nova Scotia’s Chorus Aviation earlier this year.

Meanwhile, as Bombardier prepares for its official plunge into the market for larger commercial jets, the Montreal-based company’s CS100 was cleared to operate by airspace regulators in Europe and the U.S. last week. Following Transport Canada approval at the end of last year, the green light paved the way for the delivery of its inaugural CSeries plane next month.