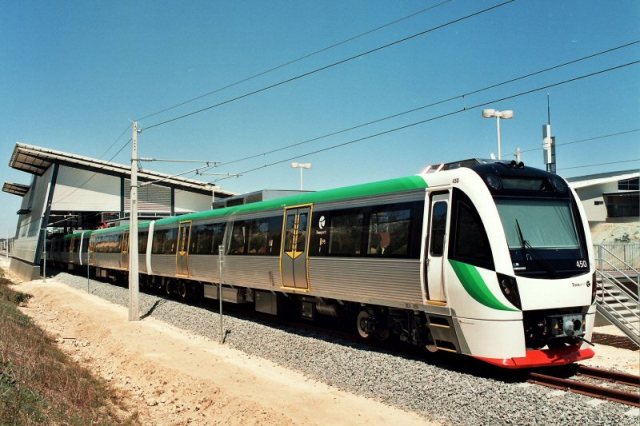 Bombardier’s B Series Electric unit. The company will build 10 of the vehicles for Western Australia’s Public Transport Authority. PHOTO: Bombardier

MELBOURNE, Australia—As Bombardier Inc.’s Commercial Aircraft division locked in a $1 billion investment agreement with the Quebec government, the Montreal-based plane and train maker’s rail division has won part of a US$384 million contract with the Western Australia’s Public Transport Authority.

Bombardier Transportation’s share of the mutlimillion-dollar contract is valued at approximately $46 million. Under the agreement, the company, along with its partner, Downer EDI, will be responsible for manufacturing 10 B Series Electric Multiple Unit trains for a transit line in Perth, Australia.

The trains will be built at a facility in Maryborough, Queensland, with the first delivery planned for 2019.

Along with the Australian deal, the Montreal-based company’s Transportation division also penned a framework agreement with French rolling stock leasing company Akiem that could be worth $107 million. The 52-locomotive deal remains subject to certain conditions.