Protonex Technology Corp., a Massachusetts-based manufacturer and subsidiary of Vancouver's Ballard, can now supply a higher volume of battery management systems and wearable batteries to the U.S. Army 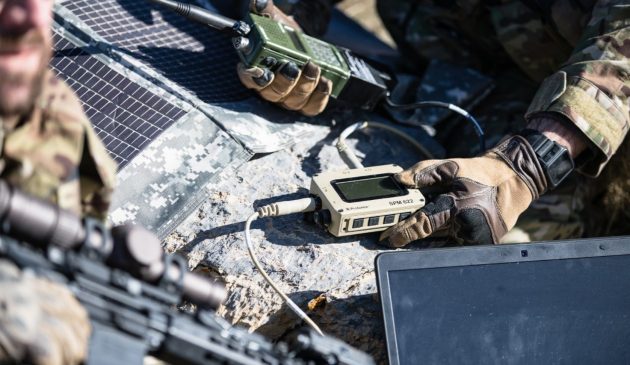 The Squad Power Manager Kit (SPM-622) can scavenge power from vehicles, batteries, solar panels and other energy sources, while managing and prioritizing the use of multiple electronic devices. PHOTO: Ballard Power Systems Inc.

Southborough, Mass.—Vancouver-based Ballard Power Systems Inc. has taken a contract with the U.S. Army into a potentially lucrative new phase.

The contract between Protenex and the U.S. Army covers the distribution of wearable batteries and wearable power and data distribution devices to soldiers in the field, specifically Protonex’s Squad Power Manager Kit (SPM-622).

The company says the SPM-622 can also scavenge power from vehicles, batteries, solar panels and other energy sources, allowing military units to recharge mission essential batteries when resupply is unavailable or delayed.

The U.S. Department of Defense and U.S. allied militaries have deployed more than 5,500 SPM Kits through the limited production phase of the program.

“With the digitization of the battlefield, the U.S. military identified a capability gap in energy and power management for its increasing array of electronic devices,” said Osenar. “Our Squad Power Manager is one of the solutions that fill this gap. Lightening the load of troops by eliminating many of the batteries, adapters and chargers they carry was a requirement that we identified years ago.”

The SPM-622 is manufactured at production facilities in Southborough, Mass.