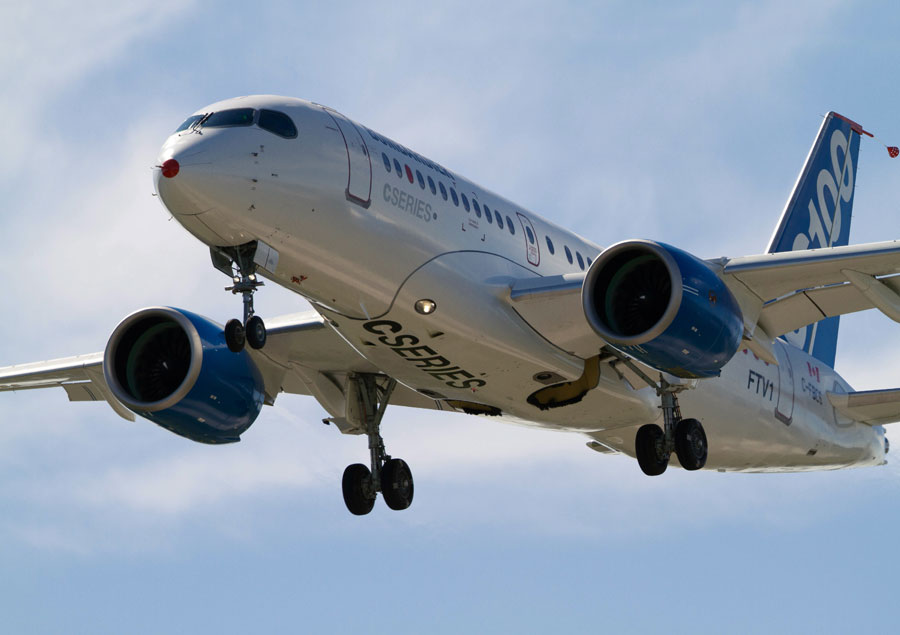 The head of the country’s largest airline said the CSeries will definitely be in the running when Air Canada replaces its remaining 90-seat Embraer 190s single-aisle planes after 2020.

“When those Embraers come out, for sure the Bombardier CSeries will be an alternative, 100 per cent,” he told reporters after speaking to the Montreal Council on Foreign Relations.

Air Canada announced about a year ago that will buy as many as 109 737 MAX planes from Boeing Co. during the next decade but could select the more cost-efficient CSeries to replace the remaining 25 Embraer planes.

Rovinescu didn’t say when an order could be placed.

While he said Bombardier has to make its case for the 110- to 160-seat plane, Rovinescu said he doesn’t believe Bombardier’s recent struggles are an issue.

“I certainly would not be concerned if I was in the market for airplanes today and I don’t think that that will be an issue,” he added.

It also announced that the CSeries program’s cost has soared to US$5.4 billion from US$4.23 billion a year ago following a four-month delay in flight tests because of an engine failure.

Bombardier is also shoring up its finances by suspending its dividends and working to raise an additional US$2.1 billion in capital.

Rovinescu predicted Bombardier will come out of its challenges much stronger, like Air Canada has done since avoiding another round of bankruptcy protection several years ago.