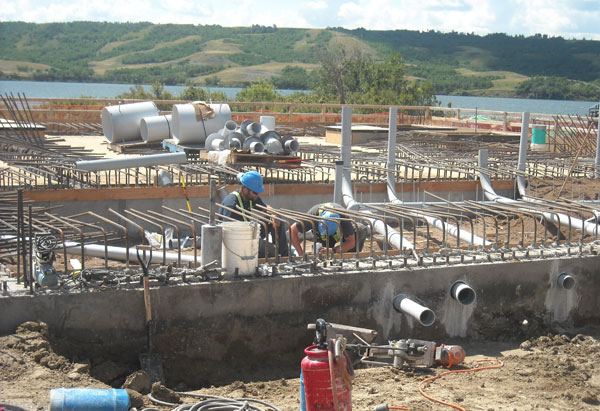 Aecon won a contract with K+S Potash Canada worth $200 million for work on its Legacy mine project in Saskatchewan. PHOTO K+S Canada

REGINA—Construction firm Aecon Group Inc. said it has been awarded a pair of contracts for mining and energy projects in Western Canada worth a combined $275 million.

According to the company, it won a contract with K+S Potash Canada worth $200 million for work on its Legacy mine project in Saskatchewan.

The contract covers mechanical, piping, electrical and instrumentation work for the North Tank Farm and evaporator, crystallization and clarifier plant portion of the project.

Work is scheduled to begin in December 2014, with expected completion in the second half of 2016, according to Aecon.

The company was also awarded a $75-million contract by the North West Redwater (NWR) Partnership for work on the NWR Sturgeon Refinery project in Alberta.

Work is expected to be complete in the fourth quarter of 2015.

“We are pleased to continue our work with K+S Potash Canada, a leader in the potash sector and a valued client, and pleased to be working on the Sturgeon Refinery project,” Teri McKibbon, Aecon’s president and chief executive, said in a release.