The technology has been deployed in more than 110 villages serving 200,000 people who have no other access to electricity in their communities 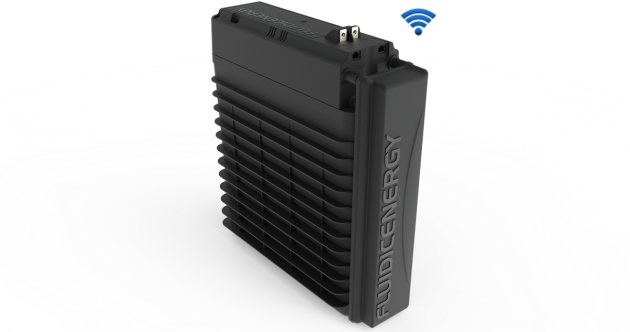 The goal is to provide a battery that can capture renewable energy and store it for later use.

California-based NantEnergy said Wednesday it has created a rechargeable zinc-air battery storage system that can provide power at a lower cost than lithium-ion systems.

The technology has been deployed in more than 110 villages serving 200,000 people who have no other access to electricity in their communities, said NantEnergy chairman Patrick Soon-Shiong.

“If you look at a map of Earth at night and you see where it’s darkest, it’s in Africa, Asia and developing countries,” said Soon-Shiong, who is also the owner of the Los Angeles Times. “To reduce cost and be competitive with fossil fuels is critical.”

NantEnergy says its zinc-air battery system can deliver energy for $100 per kilowatt hour.

“Today the only batteries that are in that price range are lead-acid batteries,” said Ramkumar Krishnan, chief technology officer of NantEnergy.

By comparison, lithium-ion batteries vary in price, but often range from $300 to $500 per kilowatt hour, according to the Energy Storage Association. Companies such as Tesla have been pushing to lower battery prices into the $100-$200 per kilowatt hour range.

“If this is true, it would be great,” Jay Whitacre, director of the Wilson E. Scott Institute for Energy Innovation at Carnegie Mellon University, said of NantEnergy’s efforts. “If these guys even get close to this price point of $100 per kilowatt hour it is exciting and disruptive…If you can get to that, what you end up with is a technology that is really economical and can be used in many ways.”

Whitacre said he would like to see data on how the batteries have performed to assess the impact of what the company achieved.

“It’s not just how much it costs when you buy it, it’s how long it lasts,” Whitacre added. “I have no reason to think that it doesn’t work, but I also would need to see some evidence to support these claims. Extraordinary claims require extraordinary support.”

Krishnan did not immediately provide performance data on the batteries to support NantEnergy’s claims.

The company is deploying its batteries to remote villages to establish “microgrids,” which are localized power sources that distribute energy to homes, communities or businesses without being connected to a traditional utility’s electric grid.

The microgrids are powered by solar panels that capture energy from the sun when it’s shining. Electricity from the solar panels is used to separate zinc oxide into zinc and oxygen, and the zinc generated in the process stores energy that can be used when it’s dark or cloudy. The energy in the zinc can be combined with air to discharge electricity.

The batteries are rechargeable and are designed to hold a charge for up to a few days, Krishnan said. They last through thousands of cycles over a period of years, he said.

By comparison, lithium-ion batteries can last through thousands of cycles and for more than 10 years on average, said Venkat Srinivasan, director of the Argonne Collaborative Center for Energy Storage Science at Argonne National Laboratory.

Even with its global presence, the amount of power NantEnergy is providing so far is small compared to the scale of lithium-ion and lead-acid batteries, Krishnan acknowledged. NantEnergy has installed 55 megawatt-hours of storage, compared to about 10 gigawatts-hours of energy storage deployed worldwide, he said.

Duke Energy is using one of NantEnergy’s storage systems to power a communications tower for the National Park Service in the Great Smoky Mountains, said Randy Wheeless, spokesman for Duke. Previously, two dozen power poles and lines served the customer, and because of the remote location it was expensive and time-consuming to fix outages, Wheeless said. The microgrid concept allowed Duke to disconnect the customer from its grid.

Utilities across the U.S. are deploying energy storage systems as part of their infrastructure, often to capture the clean but erratic renewable energy generated by the sun and wind. Military bases and small communities often use lithium ion batteries, especially to power microgrids found on islands or in remote areas, said Jason Burwen, vice-president of the Energy Storage Association.

Zinc-air batteries are less common, and the companies that are working on them are still in the early stages, Burwen said. Challenges include developing batteries that are rechargeable, have a long enough life and deliver enough power density, Srinivasan said.

The NantEnergy zinc-air storage system is also being used in cellphone towers in North America, Central and Latin America and Southeast Asia.