Volkswagen bets big on electric. Will consumers buy in?

The automaker's ID.3 is billed as "an electric car for everyone" 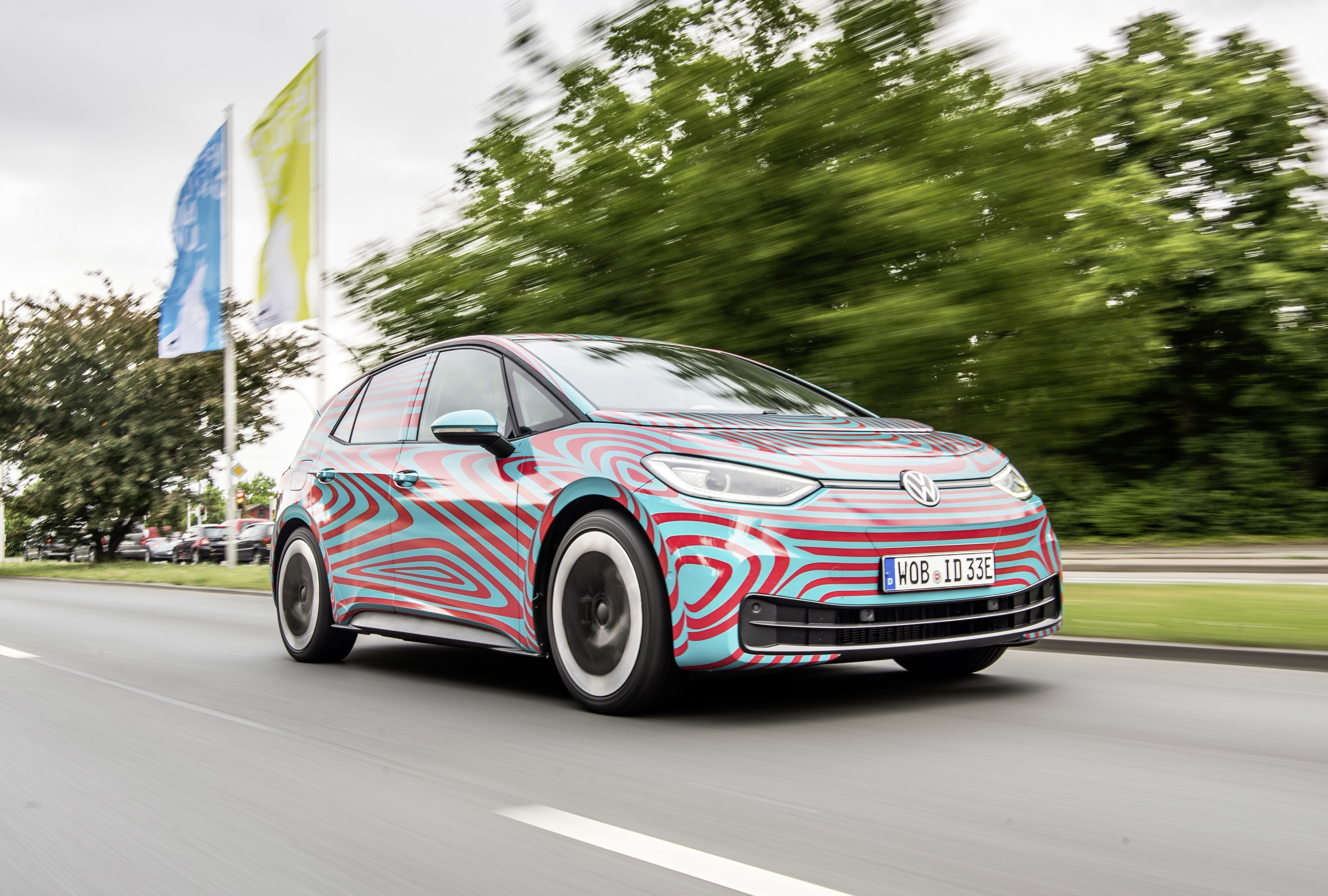 FRANKFURT—Volkswagen is rolling out what it bills as the breakthrough electric car for the masses, the leading edge of a wave of new battery-powered vehicles about to hit the European auto market. The cars are the result of massive investments in battery technology and new factories driven by environmental regulation and concerns about global warming.

But it’s not at all clear whether consumers are ready to buy them.

Electric cars remain a niche product with less than 2% of the market due to higher prices and worries about a lack of places to charge. It adds up to a risky undertaking for the companies.

Volkswagen is betting that the ID.3, with a roomy interior, brisk acceleration and battery range of up to 550 kilometres (340 miles) for the top model, will change things. The company argues that the base price of under 30,000 euros (US$33,000) means the ID.3 is “an electric car for everyone.” A key competitor, Tesla’s Model 3, starts as low as 36,800 euros ($40,000) in Europe but the company’s website indicates it can run to well over 40,000 euros depending on options.

The ID.3 went on display Monday ahead of the Frankfurt Motor Show. Volkswagen is also revealing a new logo; both moves are aimed at underlining the company’s transformation since its 2015 diesel scandal, in which the company was caught using software to cheat on emissions testing and paid more than 30 billion euros ($33 billion) in fines and penalties. The company is positioning itself as younger and more oriented toward digital services and zero local emissions electric driving.

The company touts the ID.3 as a historic vehicle, the third chapter in the company’s history following the Beetle, which became a symbol of postwar German prosperity, and the Golf, of which Volkswagen has sold more than 35 million since 1974.

Volkswagen will start selling it in Europe next year, while in the United States it will first launch an electric SUV at an as-yet unspecified date.

The German company is deploying massive financial and manufacturing capabilities to make a success of its electric cars, saying it will have invested 30 billion euros in this area by 2023. It has sunk 1.2 billion euros into a factory in Zwickau in eastern Germany to make the ID.3, the first of eight electric-car plants worldwide including one in Chattanooga, Tennessee. The company, which sold 10.8 million vehicles last year, aims for 40% of its sales to be electrics by 2030.

Analysts warn that the industry could be saddled with slow-selling products that would undermine their earnings in a weakening global car market. Electrics were only 1.8% of the European market through the first six months of the year.

That’s because the launch of electric cars is so far mainly driven by regulation, not consumers. Above all, companies are rushing to make electric cars to meet tighter rules on carbon emissions and pollutants, particularly in the European Union and China.

“But this money is being spent without convincing evidence that customers are waiting for these cars.”

The EU has new limits on emissions of carbon dioxide, the main greenhouse gas blamed for global warming, that will kick in fully in 2021 to comply with the Paris climate accord. Cars will have to produce no more than 95 grams of CO2 per kilometre, the equivalent of requiring mileage of 66 miles per gallon under U.S. measurements.

Failure to comply means a fine for every gram of C02 over the limit per car. In practice, that means each electric car sold could be worth more than 10,000 euros ($11,000) in avoided fines, according to Ferdinand Dudenhoeffer of the Center for Automotive Research at the University of Duisburg-Essen in Germany.

China, a major market for German carmakers, is also pushing for lower-emission vehicles. Regulatory pressure for electric uptake is less certain in the U.S., where the Trump administration has sought to relax standards set by the Obama administration.

So far, electrics are most popular in wealthier countries with per capita incomes over 40,000 euros ($44,100) a year, such as Norway, Sweden and Switzerland. In poorer countries, electrics are nowhere to be seen. Just 293 were sold in Slovakia and 315 last year in Greece.

Incentives play a big role. In Norway, where electrics were over 30% of the market last year, incentives amount to 11,600 euros in tax breaks.

Finding a place to charge is another issue. Tesla has its own network of highway fast-charging stations. A consortium of automakers including Volkswagen aims to have 400 highway charging stations by 2020. But many more are required if electrics are to become mass market cars.

While Volkswagen has been aggressive about electric cars, others are taking a more gradual approach. Daimler has the EQC sport-utility, which shares parts with an existing internal combustion vehicle. That means lower new investment spending. BMW is launching its iX3 electric SUV and an electric Mini. BMW’s experience shows the hazards: it was first with an all-electric car, the i3 city car in 2013, but according to the Bernstein analysis lost money on it and cancelled a successor.

Other new electric cars at the show include Daimler’s Smart fortwo and, at the high end of the market, Volkswagen’s Porsche is bringing out the Taycan coupe, a direct challenge to Tesla’s Model S. In all, some 20 new electric models will hit the market by 2021.

If demand is lacking, carmakers may have to offload the cars through sales to rental companies and corporate fleets, require employees to take them as company cars, or subsidize sales with generous financing, all of which would sap profits.

“We are proceeding on the assumption that there will be many incentives in the market in 2020-2021,” said the CAR Center’s Dudenhoeffer. “They are simply condemned to sell these things.”