The generating station was idled in 2013. At one point it was the largest coal plant in North America 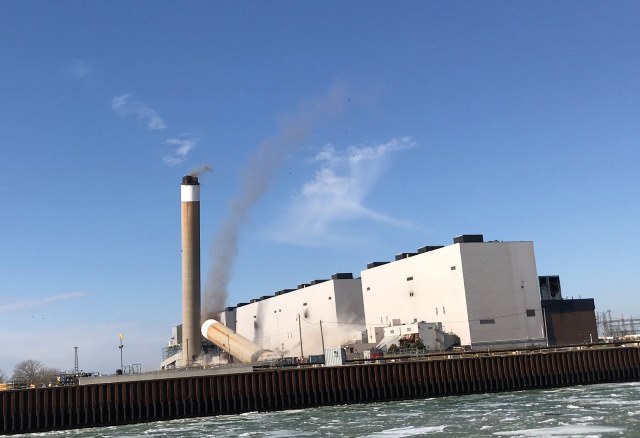 The generating station was once Canada’s largest emitter of greenhouse gases. PHOTO: OPG

NANTICOKE, Ont.—Two giant chimneys at the Nanticoke generating station have been toppled.

The blasting operation to demolish the twin 200-metre towers took place Feb. 28 at what was once the largest coal plant in North America

The public was asked to stay at least 500 metres away from the site on dry land and at least 1,000 metres away if watching the destruction from Lake Erie.

Ontario Minister of Environment and Climate Change Chris Ballard called the demolition “symbolic” of the province having eliminated coal-fired electricity four years ago.

Ballard says ending the use of coal for power generation was equivalent to taking seven million cars off Ontario roads.

The station first generated electricity in 1973, but stopped using coal as fuel in 2013 and is no longer in operation.

In 2015, the province announced a plan to convert the site to a solar farm.