The federal government, which purchased the pipeline and expansion project for $4.5 billion, ordered the energy board to review the project's marine shipping effects within 155 days and issue a report no later than Feb. 22 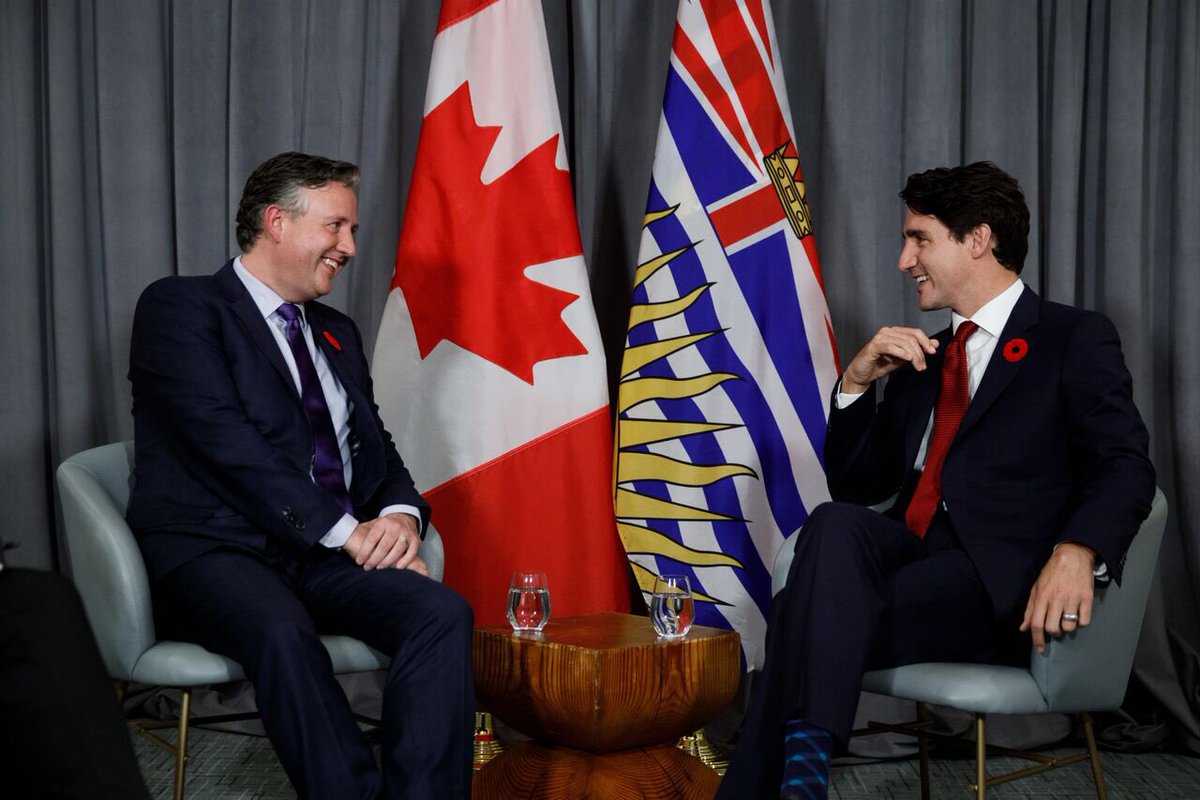 VANCOUVER – Prime Minister Justin Trudeau says the Federal Court of Appeal has laid out a blueprint for his government to follow in getting the Trans Mountain pipeline approved.

Trudeau said Thursday the court’s decision to quash the government’s pipeline approval in August will help get large projects approved in the future.

“I will admit that the Federal Court of Appeal decision was really frustrating,” he told the Greater Vancouver Board of Trade in a question-and-answer session.

But he said it has led the government to making changes that will give business more information on how to get major projects on track.

“So what the court is actually doing is laying out with more clarity the path to get big projects approved,” he said.

Under changes the government is making, when a company decides to invest in a project they will know what timeline it is looking at and what the risks are, he said, adding that once the process has been successfully completed, it will also protect businesses from lawsuits on consultation and environmental protections.

“So this is about creating that greater degree of clarity for businesses,” he said.

Trudeau said the new process the government is laying out is also about restoring people’s trust in government institutions and businesses.

“People are cynical about businesses’ and institutions’ ability to think about the long term. That’s a reality of our time,” he said. “That’s one of the things that has led to a certain amount of populism and mistrust of institutions and process.”

The Federal Court of Appeal cited the National Energy Board’s failure to examine impacts on the ocean ecosystem, including B.C.’s endangered southern resident killer whales, in its Trans Mountain decision. It also found Canada failed to meaningfully consult with First Nations during the final phase of discussions.

The federal government, which purchased the pipeline and expansion project for $4.5 billion, ordered the energy board to review the project’s marine shipping effects within 155 days and issue a report no later than Feb. 22. The new approach has been criticized by some Indigenous leaders and environmental groups.

Trudeau made the announcement after meeting employees and touring the TRIUMF site, which is a joint venture of a consortium of universities.

He said the Institute for Advanced Medical Isotopes will provide a first-of-its-kind facility in Canada where scientists and industry partners will work together to advance research including drug development and cancer therapy.

The new 2,500-square-metre building will house a particle accelerator, research facilities and laboratories.

“We know that for our country to lead in an ever-evolving economy and create the jobs of tomorrow, we have to invest in our scientists and in the institutions that support them,” he said.

Medical isotopes are safe radioactive substances used to diagnose and treat conditions of the heart, circulatory system and organs, allowing scientists to see what is happening inside the body in a non-invasive way.

The new facility is valued at more than $50 million and is also supported by contributions from the British Columbia government, BC Cancer Foundation, the University of British Columbia and funding from philanthropists.

Trudeau also met Thursday with Vancouver mayor-elect Kennedy Stewart and Doug McCallum, who was recently elected the mayor of Surrey.

McCallum ran on a promise to scrap plans for a light rail transit system in Surrey and instead wants a SkyTrain line from the city centre to neighbouring Langley.

In September, the federal and British Columbia governments reiterated their commitment to funding two major rapid transit projects in Metro Vancouver, including the LRT line in Surrey.

Ottawa and B.C. are spending more than $3 billion on the projects, which will see 5.7 kilometres of track and six stations added to the SkyTrain subway line along Broadway. Eleven new stations will be built along 10.5 kilometres of street-level track in Surrey, which would create the first light-rail system in B.C.

Asked if the federal government would spend any additional money in Surrey to build a SkyTrain line, Trudeau said: “Our approach on infrastructure projects has never been that Ottawa knows best. We always have believed that working with folks on the ground, locally elected representatives who tell us and who know best what the needs of their communities are.”

Trudeau said there are several mayors in the Lower Mainland who will be discussing their plans.

“And I can commit that the federal government will be there as a partner as they determine their priorities,” he added.