VANCOUVER—As Prime Minister-designate Justin Trudeau and the newly-elected Liberals prepare to form a government, one of the last, incomplete pieces of the Conservative government’s legacy is poised to creep back into the public consciousness. The Trans-Pacific Partnership faded from the limelight in the final stages of the election, yet it seems only a matter of time before the massive trade deal will again rear its divisive head.

The Harper government reached the agreement with 11 other Asia-Pacific countries Oct. 5, less than three weeks before being ousted from power. As the dust from the election settles, the Angus Reid Institute has been polling Canadians on the issue it expects will one of the first major foreign and economic policy issues to fall on Trudeau’s plate.

“Although the full text of the pact has yet to be released, Canadians are already forming opinions about the agreement: while they see benefits for consumers and the economy at large, they are split on the value of the deal when it comes to jobs and employment,” the research institute said. 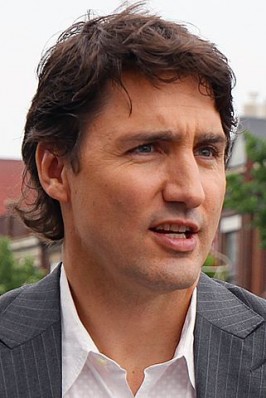 The Liberal decision on the TPP agreement is sure to play a role in foreign and domestic opinion of the new Liberal leader. PHOTO: Alex Guibord, via Wikimedia Commons

Overall, 35 per cent of Canadians support the TPP deal, while 21 per cent oppose it. Meanwhile, 44 per cent either “don’t know” or “can’t say”—not a complete surprise given the complexity of international trade agreements and the fact the specifics of the deal have yet to be released.

One area where a near-majority of Canadians anticipate the deal being beneficial is for consumer choices. 42 per cent think consumers will be better off following an agreement, while only 12 per cent expect buyers to face fewer options. Another 39 per cent think the deal will be beneficial for country’s economy, while 21 per cent feel the impacts will be negative.

Sharing concerns of numerous unions and industry associations, such as Unifor, which came out against the deal prior to governments reaching an agreement, Canadians are significantly more skeptical about how the deal will impact jobs. 25 per cent feel the largest-ever trade deal will impact employment in their area negatively, while 21 per cent expect a boost.

Unlike NDP leader, Thomas Mulcair, who came out against the TPP, the Liberals did not take an official position on the agreement for much of the campaign, though they did say they would take a “responsible approach to thoroughly examine” the TPP when the deal was announced, noting their support for free trade. The Liberals also criticized the Conservatives for the secretive nature of the negotiations.

Interestingly, the undecided Liberal campaign stance on the TPP was the most popular among Canadians. Though the majority of voters did not change their opinion of the parties because of the issue, Angus Reid found 11 per cent felt more positively about the Liberals because of TPP, while only 15 per cent felt more negatively, compared to 27 per cent and 25 per cent in lost standing for the Conservatives and NDP respectively.

As negotiators from the 11 other countries that signed the tentative agreement return home and begin trying to sell the deal to their respective legislatures, the Trudeau government will be forced to decide if it will take the same position as its predecessor. The decision is certain to shape both national and international sentiment about the new majority in parliament, and will have a significant impact on issues such as auto industry content rules, Canada’s supply managed industries and intellectual property rights.