Toys “R” Us in talks to sell Canadian business as it shutters U.S. operations 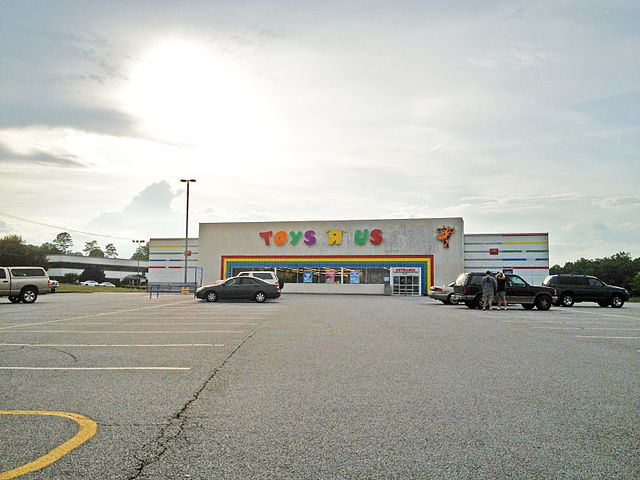 The 70-year-old retailer will close its U.S. and U.K. operations, but the fate of its Canadian unit remains uncertain. PHOTO: Mike Kalasnik/Wikimedia

Toys “R” Us is in talks to sell its entire Canadian business as it works to shutter its 70-year-old U.S. operations, but analysts are skeptical about the future of the brick-and-mortar toy retailer’s existing business model.

The company confirmed March 15 it is in “active discussions regarding a transaction that would result in an acquisition of the entire Canadian business,” as the U.S. company seeks approval in its bankruptcy proceedings for the sale of its equity interest in the Canadian business.

The statement came a day after California-based toy company MGA Entertainment confirmed its CEO Isaac Larian and affiliated investors have made a bid for the Toys “R” Us Canada operations.

“Toys ”R“ Us Canada is a good business,” Larian said in a statement. “They run it efficiently, and have good leadership. At the right price, it makes economical sense.”

Toys “R” Us CEO David Brandon has said the company will try to bundle its Canadian business with about 200 U.S. stores as it looks to find a buyer, but the MGA spokesperson declined to provide details on how much of the business Larian has made a bid for.

The U.S. company has moved to close or sell all its 740 stores in the United States, finalizing the downfall of the chain that succumbed to heavy debt and relentless trends that undercut its business, from online shopping to mobile games.

It’s already shuttering its business in the United Kingdom and is reportedly likely to liquidate its businesses in Australia, France, Poland, Portugal and Spain.

That would leave its Canadian stores among the few left standing.

The Canadian Toys “R” Us and Babies“R”Us businesses remain committed to serving its customers at its 82 stores across Canada and e-commerce site, and will be honouring all policies, warranties, Baby Registry, Gift Cards and RClub loyalty programs without change, said president Melanie Teed-Murch in a statement.

“Our team continues to work hard at strengthening our competitive position and making the improvements necessary to ensure that we have the products when, where and how you choose to shop with us.”

The Canadian division filed for creditor protection in September but said it had financing commitments to ensure normal operations throughout the proceedings and now plans to forge ahead under a new owner.

But industry analysts aren’t convinced the Canadian stores will be able to go it alone.

The company is too generalized and spread out to compete against the increasing online and discount retailer competition, said Mark Satov, founder of Satov Consultants Inc.

“They need to be some combination of fewer stores and smaller footprint. There’s not room for that much square footage in Canada for a specialty toy retailer,” he said.

“They either need to be a super high-end experience that’s boutique and niche…or they actually have to be for sure the cheapest, have a great online and offline experience, and actually get the manufacturers to give them lots of skews that no one else can get.”

The Canadian operations of Toys “R” Us are managed in Canada and operate autonomously from the U.S. operations, giving them a separate and healthy balance sheet, said Satov, but any buyer would still need to push for a discount.

Any business trying to go ahead alone with only a smaller Canadian footprint would be disadvantaged, said Customer Lab CEO Jim Danahy, since access to goods, prices, and shipping efficiency all rely on a combined network between the two countries.

“The whole supply chain system and business relationships by and large would have to be replicated, right down to the credit rating. So how you separate it is a challenge,” said Danahy.

“When you cut down a tree, it’s not all that easy to replant a branch.”

The company would be hard pressed to compete on the more upscale market in Canada since Mastermind Toys is expanding in the space and offering a well-curated selection including original toys as well as well-trained staff, said Danahy.

“I think it would be very difficult to replicate what this boutique operator has done and meet the needs of what would have to be an indebted company…the real question is can they compete with Walmart as a smaller more agile and compact player.”