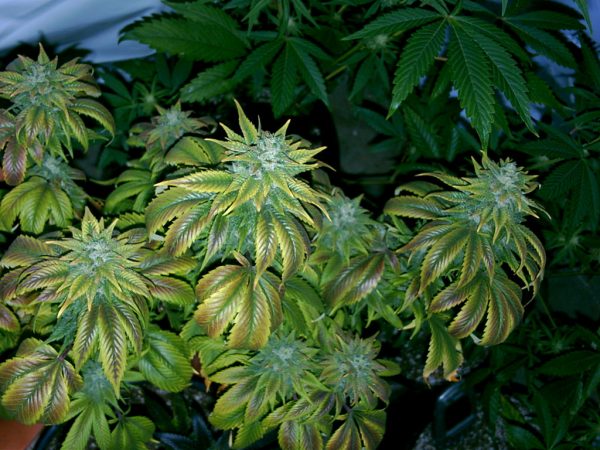 OTTAWA – The federal government insists pot legalization will help the country snuff out crime – but internally it’s wondering what will become of the fuzzy world of illegal online weed transactions.

In less than a month, Canada will become the first industrialized country to legalize recreational marijuana. The Liberal government has argued the end of cannabis prohibition will prevent criminals and, in particular, organized crime from getting their hands on the lucrative proceeds of Canada’s illicit grass market.

But when it comes to illegal online cannabis transactions, the federal Public Safety Department is seeking outside help to learn more about the prominence of Canadian weed on mysterious platforms on the Internet’s “dark web” – known as “cryptomarkets.”

A new tendering notice posted by the department says Ottawa is looking to commission a study that will estimate Canadians’ online cannabis transactions, identify behavioural trends and discuss post-legalization implications for policy and law enforcement.

To stress the importance of the effort, the document notes that international research has pointed to Canada as one of the most prominent countries of origin when it comes to the shadowy online drug trade.

“Recent research shows that individuals are more commonly turning to the internet to purchase and sell illicit substances,” the notice said.

“Since 2013, cannabis has been the most popular drug sold on the dark web, making up 33 per cent of drug marketplace transactions … What is unclear, is the number of illegal, online transactions that occur in Canada, as well as the proportion of cannabis that is traded on the internet.”

The department wants an estimate of the number of illicit marijuana transactions conducted by Canadians on these cryptomarkets – as well as the volume of weed sold.

It’s also seeking a comparison between traditional drug distribution networks and the dark web drug market. The winning bidder will also explore the relationships between cryptomarkets and organized crime networks.

The notice describes cryptomarkets as online marketplaces that bring together numerous sellers and listings that are primarily used for the sale of illegal goods and services. It cites research that says cryptomarkets depend heavily on two technologies – encryption software and cryptocurrencies like Bitcoin – that conceal the identities of those selling, and of those making payments, on the platforms.

The tender points to a 2016 study, by the European Monitoring Centre for Drugs and Drug Addiction, that suggests Canada has been among the leaders when it comes to the online trade of illicit drugs.

It cites 2013 activity on a cryptomarket known as Silk Road, which was later shut down by the U.S. Federal Bureau of Investigation.

“Although vendors on the marketplace were located in 41 countries, wholesale activity was confined to only a quarter of these, with China, the Netherlands, Canada and Belgium prominent.”

Canada will legalize recreational pot on Oct. 17. The Liberals pledged to end marijuana prohibition in their 2015 election platform.

“One of the primary aims of cannabis legalization and regulation is to reduce criminal involvement in the cannabis market,” said the tendering notice.

“It is therefore important to examine the current state of illicit cannabis markets in order to assess any changes in such markets once cannabis is legalized.”