by Abdullah Al-Shihri And Aya Batrawy, The Associated Press  April 26, 2016 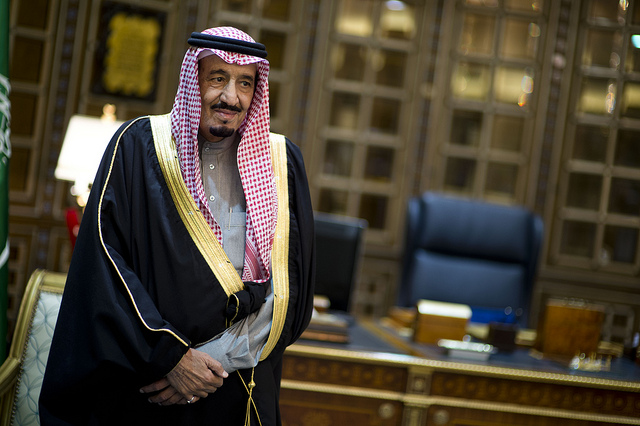 RIYADH—Saudi Arabia unveiled a bold reform plan April 25 aimed at weaning the country off its “addiction” to oil in a bid to prepare the next generation of Saudi leaders for the domestic pressures of youth unemployment and revenues eroded by lower oil prices.

The project, which includes plans to float a stake in the world’s largest oil company, Aramco, and set up one of the world’s biggest government investment funds, is meant to provide a blueprint for sweeping reforms to steer the OPEC kingdom away from its decades-long reliance on cheap-to-produce oil.

King Salman said in a televised announcement that the Cabinet approved the plan, known as Vision 2030, and called on Saudis to work together to ensure its success.

But it was left to the king’s powerful son, Deputy Crown Prince Mohammed bin Salman, to spell out details in an interview aired shortly after the announcement on Saudi-owned broadcaster Al-Arabiya. 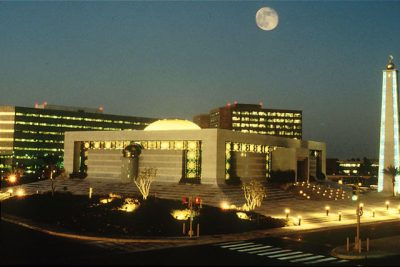 Saudi Aramco’s headquarters in Dhahran city, Saudi Arabia. For decades, the country has relied on the state-owned oil company’s exports.

The 30-year-old second-in-line to the throne also serves as the country’s defence minister and chairs a committee to oversee economic policymaking. That committee, the Council on Economic and Development Affairs, has been focused on reorienting the kingdom away from its heavy reliance on fossil fuels, creating jobs and boosting foreign investment.

The plan is ambitious. Beyond selling state assets, it includes trimming government perks, like the estimated $61 billion spent annually on energy subsidies that Saudi citizens have become accustomed to and which have helped secure political patronage for the Al Saud ruling family. Just this week, the king sacked the country’s water and electricity minister after complaints by citizens online over how increases in water tariffs had been implemented. The Internet is one of the few spaces where people can discuss sensitive issues since there are no political parties and protests are banned.

Though the plan stresses the importance of Saudi women in the economy and expanding their job opportunities, it contained little to suggest the kingdom would accelerate its cautious pace of social reforms. Women were granted the right to vote and run in local council elections for the first time last year, but are still banned from driving and need the approval of a male relative—usually a husband or father—to travel abroad.

Lower oil prices pushed Saudi Arabia into a budget deficit of nearly $100 billion last year and a projected deficit this year of $87 billion. Despite efforts to limit reliance on its main export, oil accounted for more than 70 per cent of the state’s revenue in 2015.

Masood Ahmed, International Monetary Fund director for the Middle East and Central Asia, said the plan’s objective of diversifying the economy away from oil is “exactly the kind of transformation that an economy like Saudi Arabia needs.”

“I think the real issue is going to be how to make sure that these very sensible and ambitious objectives can be translated into real changes,” he said.

In Monday’s wide-ranging interview, the deputy crown prince described the kingdom as having an “addiction to oil” that had hurt development in other sectors and said a planned partial initial public offering of the state-owned oil giant Aramco was part of the reform program.

“The vision is a road map of our development and economic goals,” he said. “Without a doubt, Aramco is one of the main keys of this vision and the kingdom’s economic renaissance.”

He put the estimated value of Aramco at more than $2 trillion and said less than 5 per cent would be offered to public shareholders. Subsidiaries of the company would also be part of the share sale, he said.

The Aramco shares would be listed on the Saudi stock exchange, the Tadawul, and on an international exchange, possibly in the United States.

Aramco boasts the world’s largest oil reserves and produces some 10 million barrels of crude a day, giving it outsized influence over world energy markets. It traces its history to a 1933 agreement between the kingdom and the Standard Oil Company of California to develop the country’s oil reserves, and has been known as Aramco—an acronym for the Arabian American Oil Company—since 1944. The Saudi government took full control of the company in a series of buyouts that ended in 1980.

The prince also outlined plans to develop Saudi Arabia’s $160 billion public investment fund and turn it into a $2 trillion sovereign fund that would go into developing the kingdom’s cities. It would include cash generated from the Aramco IPO, an existing $600 billion in reserves, and state-owned real estate and industrial areas estimated to be worth $1 trillion, he said.