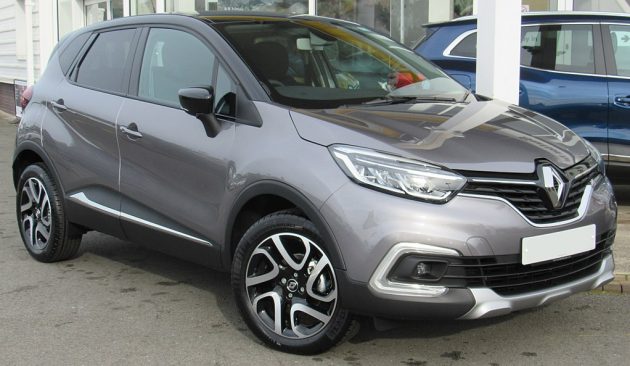 PHOTO: The future alliance of automakers Nissan, Renault and Mitsubishi hang in the balance/Motors Vauxford via Wikimedia Commons

TOKYO – The arrest of Nissan’s former chief executive Carlos Ghosn has raised doubts over the future of the alliance among automakers Nissan, Renault and Mitsubishi Motors that he helped to forge. Such partnerships wax and wane over time, but they’ve grown in importance as companies develop electric vehicles, net connectivity and artificial intelligence for autos.

Ghosn was arrested Nov. 19 in Tokyo on suspicion of under-reporting his income and other financial misconduct. The boards of Nissan Motor Co. and Mitsubishi Motor Corp. voted unanimously to oust him as chairman, while Renault SA of France has kept him while seeking more information about his case.

With Ghosn gone, speculation is growing Nissan may review its alliance with Renault. Renault owns 43 per cent of Nissan, while Nissan owns 15 per cent of Renault, with the French government also holding a 15 per cent stake. Renault rescued Nissan from the brink of bankruptcy in 1999, but the Japanese automaker is now more profitable than its French partner.

This is not the first time East-West auto alliances in Japan have run afoul, underlining the challenges of such collaborations. Here’s a look at some other alliances and why they folded:

U.S. automaker Ford Motor Co. helped engineer a turnaround at Japan’s Mazda Motor Corp., forming an alliance in 1979 and taking a 25 per cent stake. That was raised in 1996 to 33.4 per cent, considered a controlling share in Japan.

Ford sent executives and shared technology and auto parts to help cut costs at struggling Mazda. But the U.S. automaker ran into problems of its own and became hungry for cash, Mazda began buying back stakes, spending 17.8 billion yen (about $150 million at today’s exchange rate) to buy back 6.8 per cent of its own shares in 2008. The U.S. automaker, based in Dearborn, Michigan, gave up its top stakeholder position in Mazda in 2010 and now owns no stake in Mazda.

Hiroshima-based Mazda, which makes the Miata roadster, has more recently entered a partnership with Japan’s top automaker Toyota Motor Corp., investing in a plant that makes vehicles for both brands in the U.S. and sharing technology.

The 50-50 joint-venture plant in Fremont, California, between Toyota Motor Corp. and U.S. automaker General Motors Co. started rolling out cars in 1984 and was heralded as a pioneer in international collaboration.

Akio Toyoda, the grandson of Toyota’s founder who now heads Toyota, worked at NUMMI from 1998 to 2000, as have other top Toyota executives, an experience meant to ready them for a globalizing industry and increasingly diverse workforce.

But the NUMMI plant, which had produced the Pontiac Vibe and Chevrolet Nova, closed in 2010 after General Motors declared bankruptcy and Toyota pulled out, moving production to other plants in North America.

German-U.S. automaker Daimler Chrysler bought a 37 per cent stake in Tokyo-based Mitsubishi Motors Corp. in 2000, but the alliance felt rocky from the start. Mitsubishi Motors was embroiled in a years’ long scandal over its systematic coverup of auto defects.

Rolf Eckrodt, sent in by Daimler Chrysler, stepped down as chief at Mitsubishi in 2004. The Mitsubishi group gradually recovered the stake in Mitsubishi and Ghosn engineered a 34 per cent-stake purchase by Nissan in 2016 amid another scandal.

Daimler Chrysler never managed to fix the debt and lagging sales at Mitsubishi Motors, which makes the Pajero sport-utility vehicle and the i-MiEV electric car.

Related Stories
Nissan-Renault is the world’s top selling automaker for the first half of 2017
Veteran Japanese executive to replace Ghosn as Nissan CEO
Daimler, Renault-Nissan gearing up for 2014 launch of joint US plant
Renault Nissan, China’s Dongfeng announce EV venture