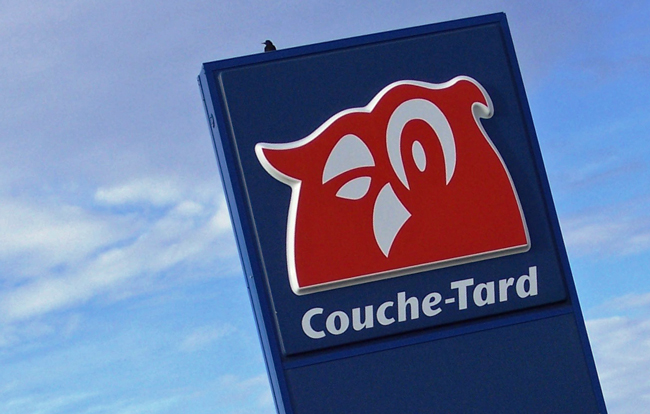 MONTREAL—Alimentation Couche-Tard, one of the largest gas retailers in Canada, is looking to Norway for guidance on how to adapt to growing electric car sales, a trend that some investors fear could threaten its current raison d’etre.

The Quebec-based convenience store company, which established a foothold in the Scandinavian country five years ago with its purchase of Statoil ASA’s fuel and retail operations, says it wants to ensure it will still appeal to customers if they no longer need to fill up on gas.

“We’ll look at Norway as a laboratory to the future,” CEO Brian Hannasch said during an earnings conference call earlier this month.

“We’re very much engaged to see how we can win there.”

When it comes to embracing electric vehicles, Norwegians are in a class of their own. In a country of about five million people, there are about 120,000 full-electric or plug-in hybrid automobiles on the road—a per capita ownership ratio 23 times larger than in Canada.

About 43 per cent of all auto sales in Norway last month were for electric vehicles. In Canada, that figure was less than one per cent.

Still, if Canadians ever do take up electric vehicles in large numbers, that could spell doom for service station operators if their business models don’t evolve.

It did not return repeated requests for information on whether it has any charging stations in Canada. But according to Flo, which runs a network of charging stations, Couche-Tard has at least 15 of them.

While it takes just a few minutes to fill up on gas, it can take anywhere from half an hour to several hours to fully charge an electric vehicle, which raises a question: will Canadians want to charge their cars the same way they buy gas and what does that mean for Couche-Tard and other similar businesses?

Hannasch said convenience retailers that sell gas have overcome other obstacles to customer traffic. Increased automobile fuel efficiency is the latest challenge, but they have also had to contend with falling cigarette sales and the convenience of paying at the pump that has allowed customers to avoid entering stores altogether.

In a bid to address the potential threat from electric vehicles, Couche-Tard is testing new food offerings at some of its 300-plus locations in Norway in the hopes that customers will stop to spend time and money at their stations.

The head of the Norwegian Electric Vehicle Association said she is increasingly getting calls from companies around the world seeking advice on how to prepare.

“If the gas station chains don’t adapt quickly enough, there will be other players that sort of take this market,” Bu said.

Other gas station banners including Petro-Canada, Irving Oil and Harnois Groupe Petrolier are either testing the use of charging stations or have rolled them out at some of their locations.

“Restaurants are on these sites,” said Claudine Harnois, vice-president of Harnois Groupe Petrolier. “Electric vehicle drivers stop for a little more than 10 minutes to grab a bite to eat or shop at the convenience store.”

“Investor concern regarding the impact of electric vehicles has picked up recently, but we believe this remains in the distance,” analyst Mark Petrie of CIBC World Markets wrote in a report to analysts.

In another report, Keith Howlett of Desjardins Capital Markets added: “Investor anxiety over the timing of the impact of electric and hybrid vehicles has escalated.”

Several big oil companies have left the gas station business, including Imperial Oil, which sold nearly 500 Esso stations. More than half of those stations went to Couche-Tard.

In a report released this week, the U.S. Fuels Institute said sales of vehicles powered by fuels other than gas or diesel are expected to grow by 28 per cent annually in North America over the next eight years. But it added that the internal combustion engine will continue to dominate the light-duty vehicle market.

There were more than 4,500 electric vehicle chargers across the country as of Dec. 31, according to Plug’n Drive, a Canadian non-profit organization that is working to speed up the adoption of electric vehicles.