The Canadian Coast Guard can now call on pre-approved companies for help clearing vital waterways of ice without having to go through a formal bidding process. New government vessels to augment an ageing fleet of icebreakers won't be on the way until the 2020s 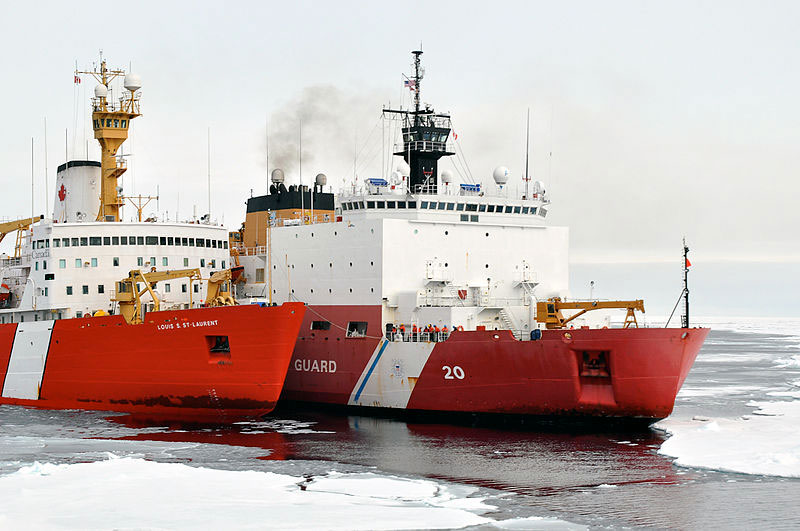 The coast guard’s new powers come as spring icebreaking season in the St. Lawrence Seaway and the Great Lakes gets under way; much of Canada’s foreign trade flows through these waterways.

OTTAWA—The Canadian Coast Guard has been given new powers to call on industry for short-term help in clearing ice-choked seaways—even as plans for replacing the agency’s aging icebreaker fleet over the long term remain in flux.

The new powers were outlined Tuesday as officials marked the start of the spring icebreaking season in the St. Lawrence Seaway and the Great Lakes, through which much of Canada’s foreign trade flows.

The coast guard will be able to enlist pre-approved companies for help as needed without having to go through a formal bidding process, resulting in quicker and more reliable service for those in need, officials say.

The measure is intended as a last resort when the coast guard doesn’t have enough icebreakers to respond, such as when one of its vessels has a mechanical breakdown.

Yet there are fears such a scenario will become increasingly common in the coming years as the coast guard’s icebreaking fleet continues to get older—with no replacements on the horizon.

Officials stood by their aging vessels, noting the federal government has invested millions of dollars in the past few years to maintain and extend the lives of many of the coast guard’s aging icebreakers.

“We have a very strong plan in place with scheduled and planned maintenance, refit and vessel life extensions to support the fleet renewal plan as we are moving forward with our assets,” said assistant commissioner Julie Gascon.

“Our vessels are very capable and very reliable.”

But the icebreakers, which are on average over 35 years old, have seen their share of problems in recent years—including one high-profile breakdown in January that left a ferry stuck in ice near Quebec City for four hours.

Concerns about the state of the fleet were also flagged in briefing notes to Fisheries Minister Dominic Leblanc back in 2016, where officials reported that 1,595 operational days had been lost due to breakdowns in 2013-14 alone.

The federal government’s national shipbuilding strategy includes a new heavy icebreaker, but that vessel won’t be ready until at least the mid-2020s, while work continues on plans for replacing the rest of the fleet.

“We’ve started consultations with industry and gone a long way already in analyzing what’s available out there for different technologies that would benefit us for the long term,” said Greg Lick, the coast guard’s director-general for operations.

“The fleet-renewal plan is making good progress now in terms of its development. We don’t have a specific timeline right now to share about when it will be completed. But we’re well on our way toward doing that.”

While Lick wouldn’t dive into details, industry sources say the coast guard is undertaking a complete reassessment of exactly what types of ships it will need over the coming decades—a process that has already been going on for several years.

Questions include what to do with 10 vessels, some of which can serve as medium and light icebreakers, that are supposed to be built by Vancouver-based Seaspan Shipbuilding after the heavy icebreaker is finished.

Those vessels were originally announced by the Harper government in 2013, at an estimated cost of $3.3 billion, and aren’t slated for construction until the mid- to late-2020s.

In the meantime, the Trudeau government has been talking with Quebec shipyard Davie for the past two months about leasing several converted icebreakers to the coast guard as an interim option until full replacements are ready.

The two sides have yet to come to an agreement, however, in part because of a disagreement over whether one of the four icebreakers that Davie is offering can actually meet the coast guard’s needs.