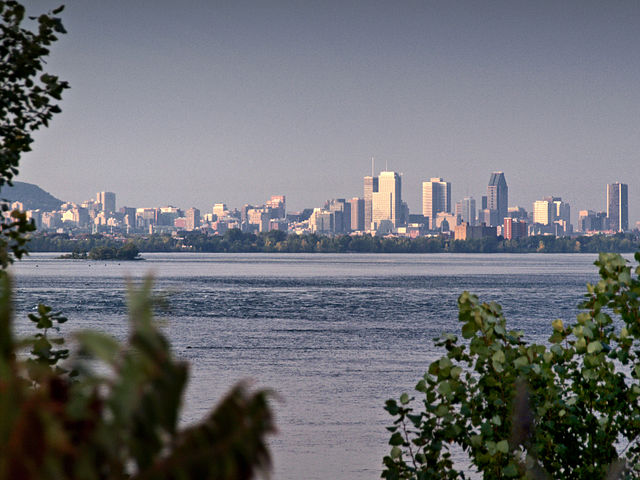 The St. Lawrence River at Montreal. The Government of Canada has concluded its independent review and ordered the City of Montreal to factor certain guidelines into its plan. PHOTO: Pierre Bona, via Wikimedia Commons

OTTAWA—Canada’s new Minister of Environment and Climate Change, Catherine McKenna, will allow Montreal’s plan to discharge eight billion cubic litres of raw sewage into the St. Lawrence River to go forward, but not before certain requirements are met.

“The changes I am requiring to the City of Montreal’s plan will ensure that reasonable mitigation measures are put in place, and will assess the actual impact of the discharge to improve scientific data,” McKenna said.

“While I recognize that this release of untreated wastewater is far from ideal, the City of Montreal must perform timely critical maintenance of their infrastructure to prevent an unplanned release that could be even more damaging to the environment and its aquatic species,” she added.

In order to discharge the wastewater, Montreal must prepare a management plan that addresses unanticipated deposits from large industrial, institutional or commercial facilities, establish visual surveillance during the discharge and deploy measure to clean up affected areas. The city will also be required to conduct enhanced monitoring of water quality, sediments and plants before during and after the dump. Finally, Montreal will have to submit to a comprehensive review of the events that led to this incident.

While the federal government imposed these stipulations to limit environmental damage, the discharge plan was allowed to move forward because the independent review concluded: “there would be a greater risk to the environment if the maintenance work is not carried out by the City of Montreal.”