A collective of some of country's biggest oilsands producers is focused on finding new ways to reduce the sector's need for steam, essential to separating bitumen from sand. Steam operations account for almost 80 per cent of the greenhouse gas emissions in the oilsands 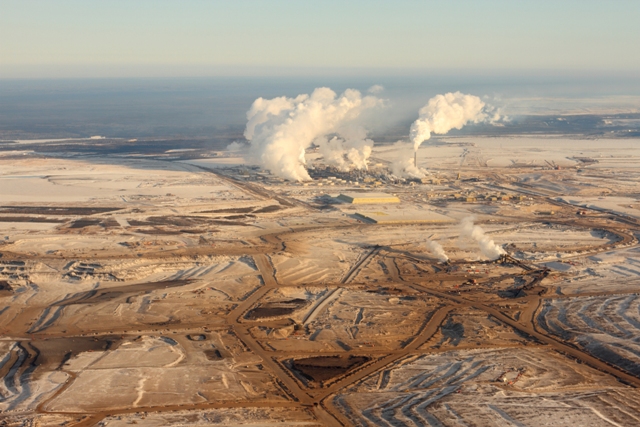 Members of COSIA, a group of Canadian oilsands producers, hope to cut greenhouse gas intensity by 10 to 30 per cent over the next five years, while also sharing technologies to lessen the industry’s impacts on land and water and deal with tailings ponds.

CALGARY—An oilsands research alliance says it is entering its sixth year focused on finding new ways to reduce the sector’s need for steam, the generation of which leads to almost 80 per cent of its greenhouse gas (GHG) emissions.

Dan Wicklum, CEO of Canada’s Oil Sands Innovation Alliance or COSIA, says generating steam to separate heavy sticky bitumen from the northern Alberta sands in which it’s trapped is responsible for about 56 million tonnes per year of the total of 71 million tonnes of GHGs emitted from the oilsands.

Wicklum says COSIA members hope to cut GHG intensity by 10 to 30 per cent over the next five years, while also sharing technologies to lessen the industry’s impacts on land and water and deal with tailings ponds.

Canada generates about 1.8 per cent of global greenhouse gas emissions and the oilsands contribute about 9.3 per cent of that total—the Alberta government has set a hard cap of 100 million tonnes per year, which could limit growth in the oilsands unless GHG emissions can be reduced.

Stephen Kaufman, general manager for external innovation and regional development for Suncor Energy Inc., says some “game-changing” innovations like the less-GHG-intensive extraction technology in use at its newly opened Fort Hills oilsands mine are only practical to use in a new project.

But the company is actively pursuing new technologies including radiofrequency electromagnetic heating and the use of solvents with steam that offer “incremental” environmental benefits as it pursues a goal of reducing GHG emissions per barrel by 30 per cent by 2030.

“Steam for us is a huge operating cost,” he said. “It’s often said that an in situ (oilsands) project is really a water treatment and steam generation plant more than an oil-producing plant, in terms of the size of the kit that you need and the ongoing cost to buy natural gas.”