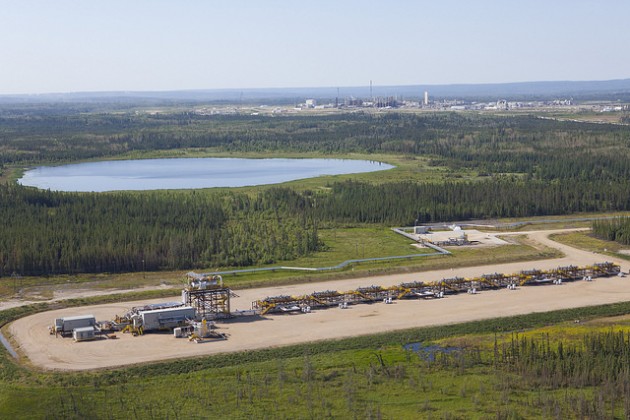 The Alberta Energy Regulator ordered Nexen’s Long Lake operation shutdown Aug. 28. The company said it will take up to two weeks to comply with the order. PHOTO: Courtesy of Nexen

CALGARY—Nexen Energy is shutting down its Long Lake oilsands operations as it complies with a pipeline suspension order from the Alberta Energy Regulator.

The company, a subsidiary of Chinese state-owned CNOOC Ltd., says it will take up to two weeks to complete the shutdown of the complex steam-assisted gravity drainage operation.

On Aug. 28 the regulator ordered that the company cease operation of 95 pipelines in the province after determining that it was not complying with pipeline maintenance and monitoring regulations.

Nexen said in a release it had voluntarily disclosed the non-compliances to the regulator on Aug. 25 after an internal audit of its pipeline integrity management system.

Jim Ellis, president and CEO of the AER, has said the regulator will not lift the suspension until Nexen can demonstrate that the lines can be operated safely and within all regulatory requirements.

The pipeline suspensions come as the regulator continues to investigate a pipeline spill July 15 at Nexen’s Long Lake operation that leaked about five million litres of a mixture of bitumen, produced water and sand into muskeg.