The newly-released EY report found progress has been made on overseeing the multibillion-dollar project, but the complex winter construction season could pose challenges 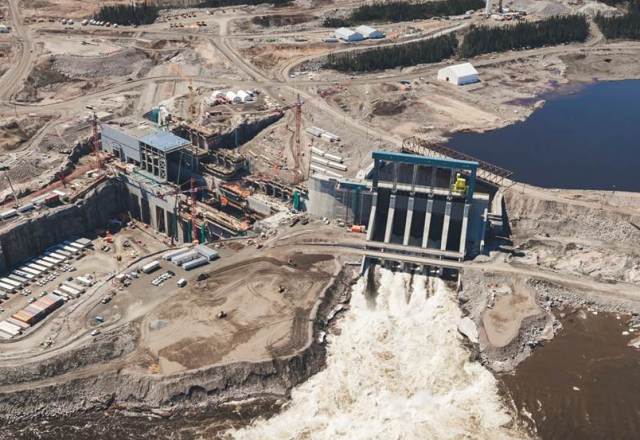 The project, which is billions of dollars over budget was an estimated 78 per cent complete as of June. PHOTO: Nalcor Energy

ST. JOHN’S, N.L.—A new report says Newfoundland and Labrador’s Crown utility Nalcor is doing a better job of keeping track of the cost and the risks associated with its timetable for the $12.7 billion Muskrat Falls hydroelectric project.

However, the EY report released Aug. 31, also says the project still faces a high level of risk because of work complexity and the approach of the winter season.

The report follows an interim report released in April 2016 that called for better oversight of a project that was significantly behind schedule and plagued by cost overruns.

The hydro project, which is estimated to be about 78 per cent completed as of June, has ballooned in cost by about $5 billion since it was first approved five years ago.

The EY report says changes made in planning and forecasting have improved the level of certainty around cost and the schedule to complete the project.

“Since coming to office our government has worked methodically and diligently to ensure the Muskrat Falls project is managed with greater accountability and transparency,” Coady said in a news release.