The contract provides for ongoing operations and maintenance of the Canadian contribution to the International Space Station, including the Canadarm2 and Dextre robotics systems 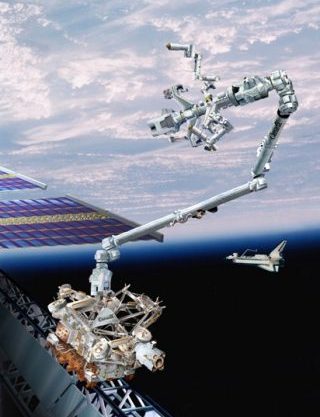 BRAMPTON, Ont. — Brampton, Ont.-based space technology manufacturer MDA corp. announced that it has received a contract worth $190 million to support robotic operations on the International Space Station (ISS) from 2020 to 2024.

MDA has provided logistics and sustaining engineering services to the Canadian Space Agency and its international partners since the start of the ISS, which this year will celebrate 20 years of continuous habitation by humans.

“This contract further strengthens MDA’s global leadership in operational mission-critical space robotics, and will provide an opportunity to advance robotic system capabilities and techniques using the ISS as a proving ground for future human exploration,” said Mike Greenley, CEO of MDA, in a prepared statement. “We value our role as prime contractor and partner to the Canadian Space Agency, and enjoy the opportunity to work closely with the ISS partners, in particular NASA and the ISS industrial team.”

The contract provides for ongoing operations and maintenance of the Canadian contribution to the ISS, the Mobile Servicing System (MSS) — a robotics suite that plays a critical role in the assembly, maintenance, and resupply of the space station — which MDA built. MSS comprises Canadarm2, a 57.7-foot-long robotic arm used for maintenance, moving supplies and docking vehicles; Dextre a robotic handyman that can be controlled from Earth; and the Mobile Base System, a mobile platform for the Canadarm2 and Dextre.

Reliance on Canadarm2 and Dextre for ISS maintenance has been steadily increasing, according to MDA.

Existing MDA work for the space station ensures the operational readiness of the MSS robotics, provides training to the robotic operators, and supports operations planning and real-time operations. In addition, MDA says it continuously enhances the capability of the MSS to meet the evolving needs of the ISS.

MDA says this contract will establish a solid base of business for the next four years for its robotics teams based in Brampton, Ont., St-Hubert, QC., and Houston, Texas. The contract includes the option for the Government of Canada to extend the term of the contract by up to four additional one-year periods under the same conditions.

The firm moved to the U.S. in 2016, as part of a merger with Colorado-based DigitalGlobe, a producer of high-resolution Earth-imagery products, to form Maxar Technologies. However, MDA was repatriated at the end of 2019 by a group of Canadian partners, a deal that closed April 8, 2020.

Related: Canadian group to repatriate Canadarm company in $1B deal with Maxar