Allegations of forced labour, other crimes against humanity being made against Nevsun in connection with mine in Eritrea 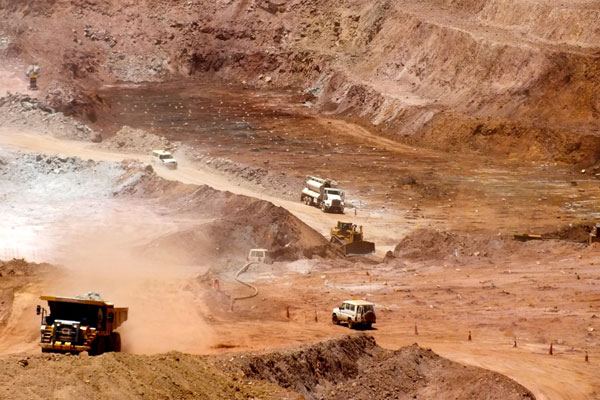 VANCOUVER—Allegations of forced labour and other crimes against humanity are being made against a Vancouver-based company in a civil lawsuit filed by three former employees who worked at one of the firm’s African mines.

A legal firm representing the three refugees, Gize Araya, Kesete Fshazion and Mihretab Tekle, filed the notice Thursday in British Columbia Supreme Court against Nevsun Resources Ltd., which owns a controlling interest in the Bisha gold mine in the tiny East African country of Eritrea.

The document claims the company entered into a commercial relationship with Eritrea, which is a repressive, one-party state that uses conscription, torture, arbitrary detention, violence, threats of retribution and other inhuman and degrading treatment to create a supply of forced labour for project like the Bisha mine.

The court document said Nevsun was aware or must have been aware by the time construction began at the mine in 2008 of credible, published reports of the abuses, and by entering into the relationship, Nevsun facilitated the forced labour, crimes against humanity and other human rights abuses.

“During the period of forced labour at Bisha, the plaintiffs were subjected to cruel, inhuman and degrading treatment as well as harsh working conditions including long hours, malnutrition and forced confinement for little pay,” said the document.

“They worked under the constant threat of physical punishment, torture and imprisonment.”

The allegations have not yet been proven in court.

A statement of defence had not yet been filed.

In a statement released by Nevsun, the company said it “denies the allegations and will vigorously defend itself” against the claims.

“We are confident that the allegations are unfounded,” Nevsun CEO Cliff Davis said in the statement. “Based on various company-led and third party audits, the Bisha Mine has adhered at all times to international standards of governance, workplace conditions, and health and safety.”

Joe Fiorante, a member of the legal team representing the complainants, said his clients have fled the country but are not in Canada.

Two of the men were conscripted and one volunteered for national service and all worked for the mine at various times between 2008 and 2012.

Workers were paid the equivalent of US$30 per month, and their conditions included extreme heat and temperatures as high as 50°C, and on at least one occasion a labourer died because of heat exhaustion and dehydration, states the document.

The statement said discipline at the Bisha mine was meted out by the man in charge at the mine, whose repertoire of treatments included a punishment known as the “helicopter,” in which the arms of workers would allegedly be tied together at the elbows behind their backs, as would their feet at their ankles, and they would be left in the hot sun for an hour.

Labourers were also forced to roll in the hot sand while they were beaten with sticks until they lost consciousness, states the document.

“We brought the case in British Columbia because it really is the only place where they have the chance at getting access to justice,” said Fiorante.

“There is no functioning court system in Eritrea and ultimately the mine is owned in British Columbia, the profits for the mine flow here and we brought the case here to see if the Canadian courts will give these individuals access to justice that they can’t get elsewhere.”

Forced labour, slavery, torture, cruel or degrading treatment and crimes against humanity are prohibited under international law and are also incorporated into and form part of Canadian law.

The plaintiffs are seeking general, special, aggravated and punitive damages, costs and any further action the court may deem just.

—With files from Canadian Manufacturing Staff