Project operating under a 20-year PPA with Hydro-Quebec, can power approximately 30,000 homes 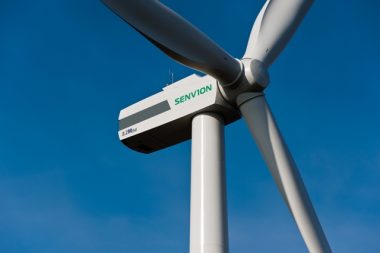 The wind project has the capacity to power the equivalent of approximately 30,000 Quebec homes.

Construction on the project began in May of 2015 and employed 110 local workers at peak construction, with Borea Construction serving as the general contractor. Several of the turbine components, meanwhile, were built in Quebec. LM Wind Power manufactured the blades, while Marmen Inc. in Matane, Que. built the towers.

A 50-50 partnership between three First Nations communities and the Longueuil, Que.-based renewable developer, the Mesgi’g Ugju’s’n wind farm will sell its power to Hydro-Quebec under a 20-year power purchase agreement.