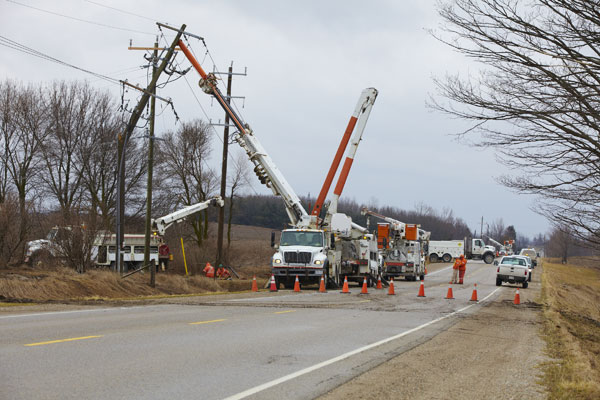 TORONTO—Ontario government-owned utility Hydro One Inc. is undertaking an $82-million hydro pole replacement project that will see 11,000 wooden poles replaced across the province.

Crews will begin replacing poles across the 122,000-kilometre low-voltage system, some installed more than 50 years ago, with new 65- and 70-foot western red cedar and red pine poles as part of an ongoing program.

Purchased from Guelph Utility Pole Co. Ltd., the western red cedar poles were sourced from British Columbia, while 85 per cent of the red pine poles come from Quebec, and the remaining 15 per cent from New York, according to Hydro One spokesperson Tiziana Baccega Rosa.

With 1.6 million wood hydro poles across Ontario’s distribution system, more than 340,000 will need to be replaced in the next 10 years, Hydro One said.

The average life span of a wood pole is approximately 60 years.