Husky sells off stake in Saskatchewan, Alberta midstream assets for $1.7B 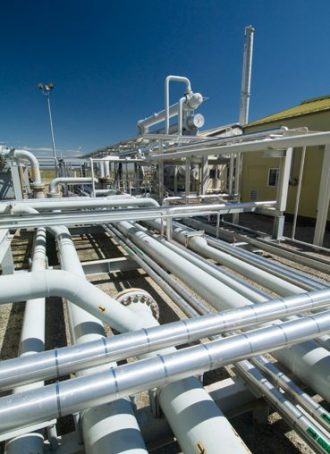 The sale includes 1,900 kilometres of pipeline in the Lloydminster region, as well as 4.1 million barrels of oil storage capacity. PHOTO: Husky

CALGARY—Husky Energy says it is selling 65 per cent of its ownership interest in some midstream assets in the Lloydminster region of Alberta and Saskatchewan for $1.7 billion in cash.

Husky says that after the sale to Cheung Kong Infrastructure Holdings Ltd. and Power Assets Holdings Ltd. it will retain a 35 per cent interest in the assets and remain the operator.

The assets include about 1,900 kilometres of pipeline in the Lloydminster region, 4.1 million barrels of oil storage capacity at Hardisty and Lloydminster, and other ancillary assets.

Husky, one of Canada’s largest integrated oil companies, said a new limited partnership is to be formed with Power Assets holding a 48.75 per cent interest, Husky with its 35 per cent and Cheung Kong Infrastructure with a 16.25 per cent interest.

The announcement came as the company reported its net loss soared to $458 million or 47 cents per diluted share in the first quarter compared with a loss of $69 million or nine cents per share in same prior-year period.

Factors cited by the company included a $50-million after tax related to its hedging program and an income tax expense of $75 million related to prior years.

In a statement released Monday after markets closed, Husky said its new partners are aligned with expanding its heavy oil business.

“(They) have the funding capacity to build the midstream infrastructure requirements associated with the planned construction of additional Lloyd thermal projects in Saskatchewan and Alberta,” the company added.

Andy Hunter, deputy managing director of CKI, described the deal as an attractive one for his company which “meets our stringent investment criteria and offers highly predictable revenues and cash flow.”

“The Cheung Kong Group has had investments in Canada for around 40 years and finds Canada to have a very good business environment. We will continue to study oil and gas related infrastructure projects and other suitable investment opportunities in Canada in the future,” Hunter added.