Husky ramping up production at new thermal sites across Saskatchewan 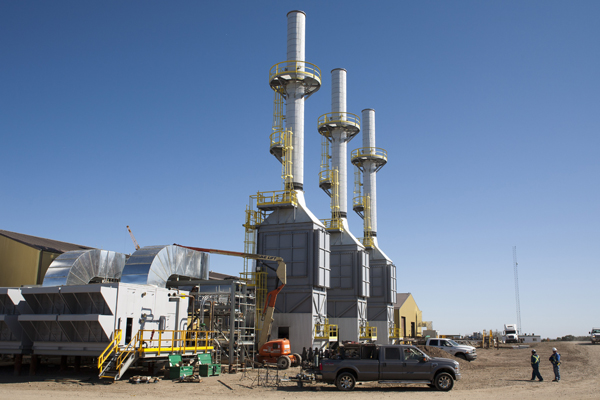 Joining the Edam East site, which extracted its first oil in April and is now producing 11,000 barrels per day (bbls/day), as well as the Vawn development, which commenced steaming in early May, Edam West is the third heavy oil project Husky has brought online in Saskatchewan this year.

“The addition of these three projects is yet another significant step in our continued transition towards higher quality production,” the company’s CEO, Asim Ghosh, said. “Thermal technology has turned our heavy oil business into a resilient growth engine, with some of the lowest operating costs in the industry at about $7 per barrel.”

As Canadian producers adjust to lower crude prices, Husky said it expects 40 per cent of its production to come from “low sustaining capital projects,” such as its thermal sites, by the end of the year. This compares to just eight per cent production from low-cost sites in 2010. While crude prices have recovered from their lows early this year, they remain well-below the higher prices seen through much of the past decade. Continuing uncertainty has squeezed capital spending in Canada’s oil producing regions and put many new project on indefinite hold.

As it prepares to ramp up production at Edam West, Husky said it has a further 18 thermal project ready for advancement.