The company's net income rose 46 per cent in the second quarter, even as its workforce rose two per cent 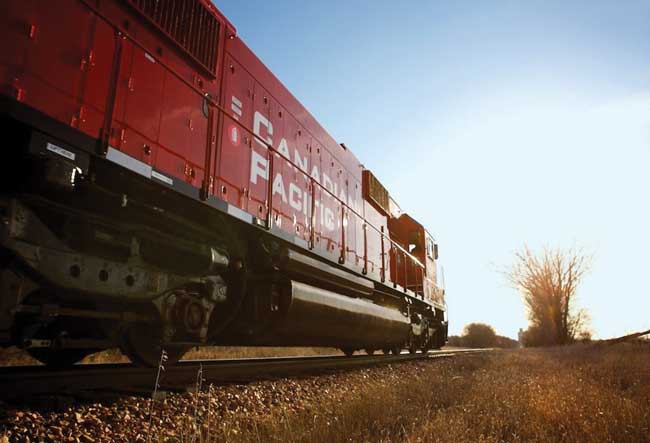 CALGARY—Canadian Pacific Railway reported an eight per cent increase in shipping volumes in the second quarter, but warned growth could stall later this year if current drought conditions hurt wheat crops in Canada and the U.S.

The company said July 19 revenue hit $1.6 billion in the three months ended June 30, an increase of 13 per cent over $1.45 billion a year earlier, driven mainly by higher volumes in bulk products such as coal, potash and, to a lesser extent, grain.

“I think overall it’s prudent to wait until there’s more clarity on some of these key items before we revisit our outlook, which we will likely do at the end of the third quarter,” he said.

Canadian Pacific says its operating ratio—a measure of efficiency that balances revenue with expenses—improved by 330 basis points to 58.7 per cent compared with the second quarter of 2016.

Edward Jones analyst Daniel Sherman said he was impressed with CP Rail’s volume growth and its focus on marketing but the reluctance to change guidance is concerning.

The company reported that its workforce rose about two per cent to 12,200 staff during the quarter.