The Anne Risley, which uses automated systems to shuck and freeze harvested clams within an hour, replaces a 31-year-old vessel 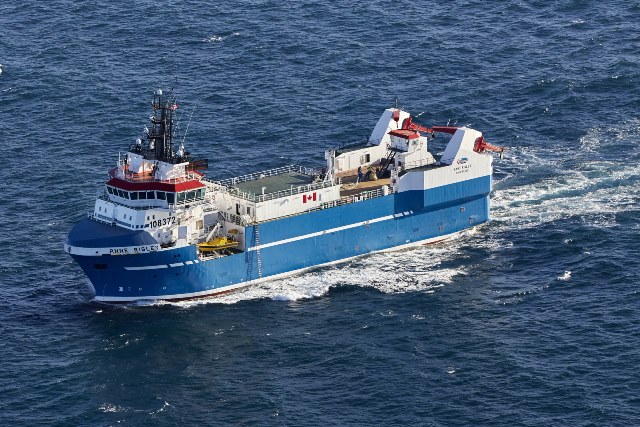 The Anne Risley replaces a 31-year-old vessel and will employ 85 workers. PHOTO: Clearwater

Launched at an official ceremony at Pier 21 in Halifax Dec. 1, the Anne Risley will harvest Arctic surf clams off the Nova Scotia and Newfoundland. It was converted from a platform supply ship over the past 14 months and cost the company approximately $70 million.

“This investment follows the launch of the Belle Carnell in July 2015, which now completes Clearwater’s fleet modernization program, creating one of the most modern and technologically advanced fishing fleets in the world,” he said in a statement.

The ship replaces a 31-year-old vessel and will employ 85 workers.

Clams harvested by the Anne Risley are destined almost exclusively for the international market. The ship includes automated systems to shuck and quick-freeze the clams within an hour of harvesting.