Limited bus connections between towns and a lack of infrastructure affects more than a mode of transportation, say regional companies and community services 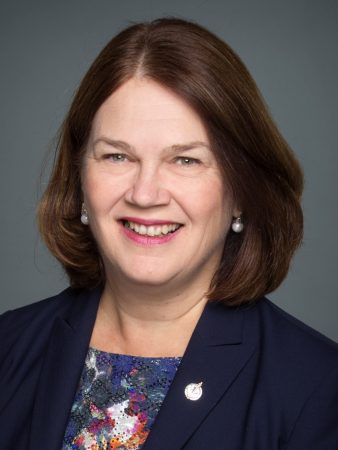 CALGARY – Organizations that help the homeless and those fleeing domestic violence say they have lost a vital resource with Greyhound’s exit from the West – and they’re not sure how well a patchwork of alternatives will be able to fill the gap.

Awo Taan Healing Lodge, a 32-bed emergency shelter for women and children in Calgary, has relied heavily on the bus company over the years, said executive director Josie Nepinak.

Many of the lodge’s clients come from rural areas and often public transportation is the only safe option, she said.

“They could perhaps be pushed into more vulnerable kinds of situations where they might hitchhike – and I have seen that happen – therefore putting them at greater risk, not only of violence, but potentially homicide as well.”

Greyhound wound down all but one of its routes in Western Canada and northern Ontario on Wednesday. Only a U.S.-run route from Seattle to Vancouver remains.

Several regional companies have come forward to offer bus services and have taken over 87 per cent of the abandoned Greyhound routes, Federal Transport Minister Marc Garneau said this week.

Garneau said Ottawa will work with the provinces to come up with alternatives to service the remaining routes. As well, Indigenous Services Minister Jane Philpott said her department will subsidize bus services to remote Indigenous communities where needed.

Nepinak said it’s good new companies are stepping in to handle Greyhound’s old routes, but she admits she’s not familiar yet with what’s out there.

She said staff at her organization, and others like it, work flat out, and Greyhound’s exit makes their jobs more difficult.

“There needs to be a central place in order to find that information and many of us are so busy.”

There is no emergency homeless shelter in Revelstoke, B.C., a picturesque mountain community just off the Trans-Canada Highway.

Cathy Girling, who does homeless outreach for Community Connections in Revelstoke, said her group would sometimes purchase Greyhound tickets for people to get to larger B.C. centres for a place to sleep.

“I’m not sure where we’re going from here,” she said. “We’re taking it as it goes and seeing what happens.”

Revelstoke is now served by Regina-based Rider Express, which has stops along the Trans-Canada between Vancouver and Calgary. The westbound bus stops once daily in Revelstoke at 1 p.m. The eastbound bus comes at 3:25 a.m.

There is no bus connection from Revelstoke south to population centres in the Okanagan Valley such as Vernon or Kelowna.

“We’re a small community that is already quite isolated,” said Girling. “It adds to our isolation.”

In Brandon, Man., Greyhound helped connect people in need with their support networks – whether they be friends, families or social services, said John Jackson, executive director of Samaritan House Ministries.

“In Manitoba … the geographical distances between towns and cities is so vast,” he said.

“Multiple times we have made arrangements to purchase clients’ bus tickets using Greyhound’s services. The fact that that has gone away is going to leave a very big gap.”

Jackson said it’s too soon to tell how helpful alternative bus services will be.

“The concern is you need a company that has good infrastructure and is reputable and is going to provide a reliable service.”