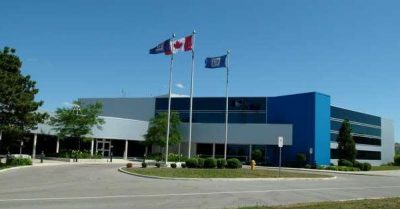 GM Canada plans to redevelop the Toronto site into a mixed use facility that will included offices, research and development facilities, and a vehicle sales location. PHOTO: General Motors

TORONTO—General Motors Canada is plotting its return to downtown Toronto.

The automaker has announced it has purchased a seven-acre property just east of the city’s core, and plans to redevelop the site into a new multi-use facility made up of office space, research and development facilities, as well as a dealership.

“We are very excited to be bringing GM Canada back into downtown Toronto with a future-oriented approach that will engage the community, universities, our customers and many other partners in the exciting transformations taking place in the automotive industry today,” Steve Carlisle, president and managing director of General Motors of Canada, said.

Dubbed the “Toronto GM Mobility Campus,” the facility will be located at 721 Eastern Ave., in Leslieville, just north of Lake Shore Blvd. The property currently serves as a film production space, owned by Cinespace Film Studios. GM noted it and Cinespace have agreed to work together to ensure a smooth transition for the building’s tenants, as the film company looks to expand in the Toronto Port Lands.

GM has not yet released a timeline for the redevelopment project.

Along with new workspace for employees, GM said the site will include a vehicle sales location featuring its conventional models as well as its lineup of electric vehicles.