CEO Mary Barra said GM anticipates auto sales to come in around 17 million units for year after delivering 16.5 million in 2014 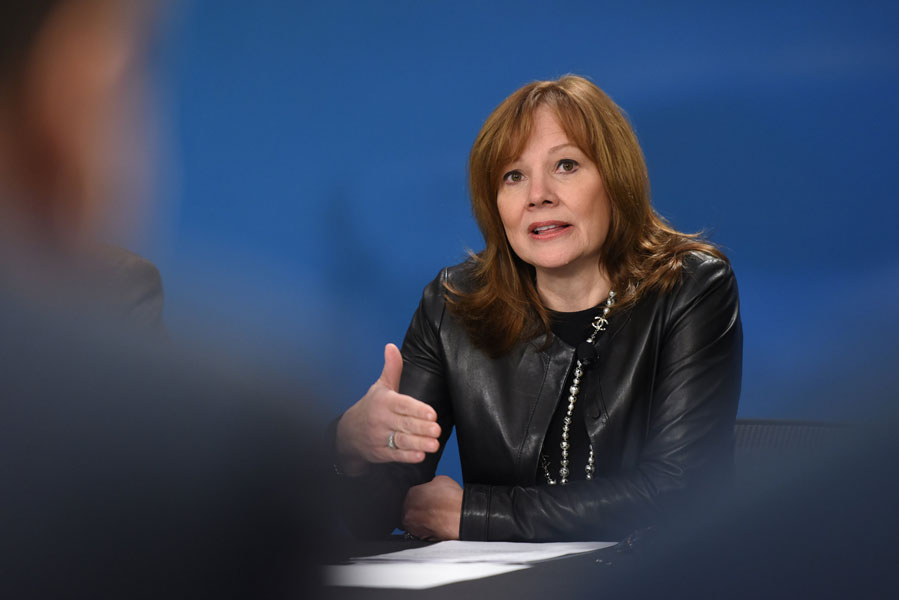 Barra said the automaker anticipates vehicle sales to come in around 17 million units for the year after delivering around 16.5 million in 2014.

The last time 17 million vehicles were sold in a year was in 2001, according to GM, which conflicted somewhat with numbers reported by The Associated Press earlier this month that put the last time U.S. sales reached that mark at 2005.

U.S. auto sales hit a record of 17.3 million units in 2000, according to The Associated Press.

“The U.S. economy and vehicle sales have been rebounding since 2009, and we believe there is still plenty of room for the auto industry to grow,” Barra said in her forecast, according to a statement released by GM.

“The strength of the labour market, better job security and the recovery in home prices have consumers feeling pretty good about the future, so we expect people will continue to replace their older cars and trucks. The recent sharp drop in fuel prices and rising incomes should only add to their confidence.”

Barra went on to say the “most important change” her company sees on the horizon “is the return of younger and first-time buyers” to the U.S. market.

GM’s chief executive also said Chevrolet is “particularly well positioned” to attract new customers this year thanks to its refreshed and new entries, including the Colorado mid-size pickup and Trax crossover.

Available in Canada since the spring of 2013, the Trax was launched in the U.S. in December and positions Chevrolet to compete in the burgeoning small sport utility segment, which is estimated to grow more than 80 per cent in the U.S. over the coming years.

As reported by The Associated Press, Kelley Blue Book analyst Alec Gutierrez thinks U.S. auto sales could stay in the 17-million unit range for the next two or three years if interest rates stay low and the economy remains strong.