Ottawa funded the program with $300 million over the next three years; as of Jan. 19, Transport Canada reports that more than $134 million in rebates have already been issued 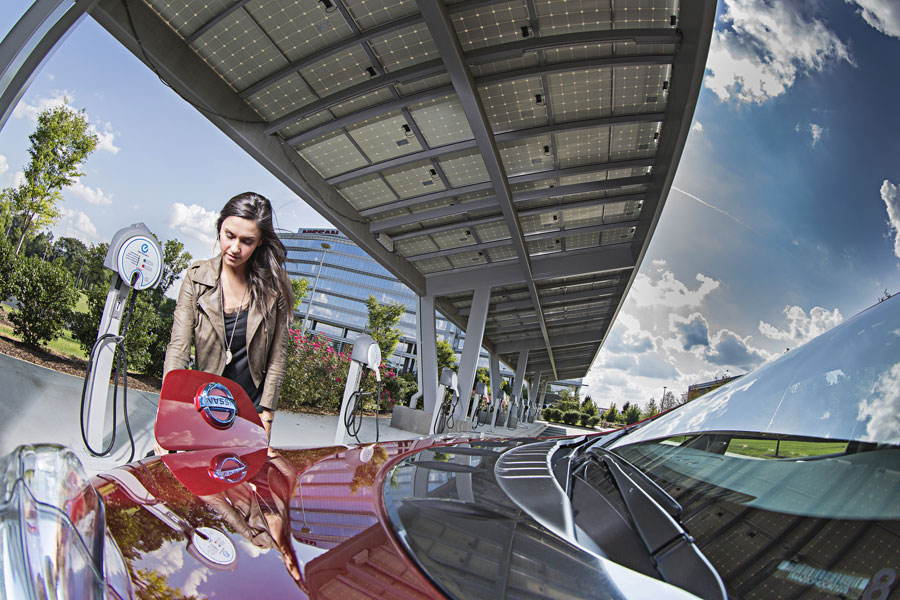 According to Transport Canada, overall electric vehicle sales jumped 32% after the rebates were launched. PHOTO Nissan

OTTAWA — Transport Minister Marc Garneau is thinking about expanding the government’s rebate program for people who buy electric vehicles after eager car-buyers gobbled up nearly half the funds in just eight months.

Garneau launched the incentive payments last May, offering up to $5,000 off the price of buying new electric and hybrid passenger vehicles to try and bring their price tags closer to those on similar gas models.

Ottawa funded the program with $300 million, on a first-come, first-served basis, over the next three years.

As of Jan. 19, Transport Canada reports that more than $134 million in rebates have already been issued to 33,000 Canadians. At that rate of uptake, the funds will be entirely gone before the end of this year.

“It’s very encouraging to see how many people are now thinking about and actually going ahead and buying (zero-emission vehicles),” Garneau said outside the House of Commons on Jan. 27.

While the government expected the program to be popular, the briefing book prepared for Garneau after he was reinstated as the transport minister after the fall federal election, says “the program has induced more new sales than projected.”

According to Transport Canada, overall electric vehicle sales jumped 32% after the rebates were launched, compared to the same period the year before. In 2019, electric cars made up 3% of all vehicle sales, up from 2% in 2018.

That is still a long way from the goals the federal Liberals set last year to have electric cars make up 10% of all light-duty vehicle sales by 2025, 30% by 2030 and 100% by 2040. It is a significant part of Canada’s efforts to cut greenhouse gas emissions, with light-duty vehicles emitting 12% of all emissions in Canada in 2017.

Garneau noted his mandate letter from Prime Minister Justin Trudeau instructs him to do more to meet those quotas, and he said looking at doing more with rebates is among the possibilities, including extending them to used cars as well.

“I’m certainly working very hard in that direction,” he said, though he wouldn’t speculate about the specifics about what an expanded program would look like. It’s likely any expansion would be included in the next federal budget.

Cara Clairman, CEO of the non-profit electric vehicle advocacy group Plug’n Drive, said a 2017 study by her organization found price to be the main deterrent for consumers when it comes to buying an electric car, so incentives are definitely helpful.

“There are people buying electric vehicles without them but definitely it helps,” she said.

Electric Mobility Canada reported late last year that 75% of all electric cars sold in Canada were purchased in B.C. (29%) and Quebec (46%). 20% were bought in Ontario, leaving the remaining seven provinces with just 5% of all the sales.

Ontario had a rebate program until it was scrapped by the new Tory government in 2018, leading to a significant drop in electric car purchases in that province. Electric Mobility Canada says the sale of electric cars in Ontario fell 44% in the third quarter of 2019, compared to that period in 2018.