Earls restaurant chain reverses decision to use U.S. beef; admits it ‘made a mistake’

The company last week announced it would source beef with the U.S.-based Certified Humane designation. There is no equivalent certification in Canada 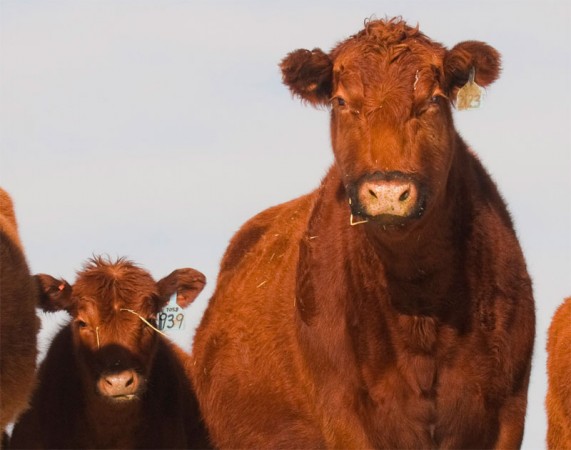 After three years, Earls said it couldn’t find a Canadian farm that could fill its needs so it decided to go with a Kansas supplier.

VANCOUVER—The Earls restaurant chain says it will start serving Canadian beef again following a recent uproar over its decision to switch to hormone-free meat from the United States.

The Vancouver-based company—which has 26 of its 66 locations in Alberta—said last week that it would serve beef with the U.S.-based Certified Humane designation, raised without the use of antibiotics, steroids or added hormones.

Earls president Mo Jessa now says the company “made a mistake” when it decided to move away from Canadian beef.

The decision quickly prompted a backlash from cattle farmers and incited anger on social media, with high-profile politicians even jumping into the fray on Twitter.

Scores of social media users viewed the decision as unpatriotic and threatened to boycott the chain.

The chain says it will now try to source as much of its beef in Canada as possible, and work to help farmers build the supply that it needs.

“We want to make this right,” Jessa said in a statement. “We want Canadian beef back on our menus so we are going to work with local ranchers to build our supply of Alberta beef that meets our criteria.”

He said the company has “deep roots” in Alberta, after starting in Edmonton, and needs “to support Alberta, especially in tough times.”

The company had always used Canadian beef in its hamburgers and steaks—two of its biggest selling items—but wanted to make the switch to meat that was Certified Humane, which is run by the U.S. organization Humane Farm Animal Care.

After three years, Earls said it couldn’t find a Canadian farm that could fill its needs so it decided to go with a Kansas supplier instead.

Earls said animals on Certified Humane ranches are “treated with care, respect and dignity from birth to pasture.”

There is no equivalent certification in Canada, but the Canadian Cattlemen’s Association had argued that there are many humane beef producers in Alberta.