Sajjan insists Canada's aging CF-18 jets must be replaced soon, but said no decision has been made—despite reports of a sole-source Boeing purchase 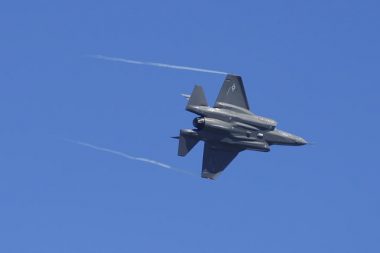 The Liberal government said it would scrap plans to buy the Lockheed Martin F-35 last year, but has since not announced any progress on how it intends to replace the RCAF’s aging CF-18s

Sajjan addressed the defence and aerospace industry on the subject yesterday morning and also faced questions from reporters over the fighter jet program.

The Liberals committed during last fall’s election campaign to scrap the previous government’s plans to buy Lockheed Martin’s F-35 and hold an open competition to decide which jet should be purchased instead.

But last month media reports suggested they were considering going ahead with a sole-source purchase of the Boeing Super Hornets.

Sajjan says no decision has been made on which plane to buy, but one is needed soon or the air force will go from managing what he claims is an existing capability gap to a capability loss. For the time being, however, the CF-18s will continue to fly. Defence and training company CAE Inc. announced it has been awarded a new contract to continue providing support services for the aircraft July 7.

Sajjan says he won’t make a decision until he has all the necessary information in front of him—and that’s still being gathered.