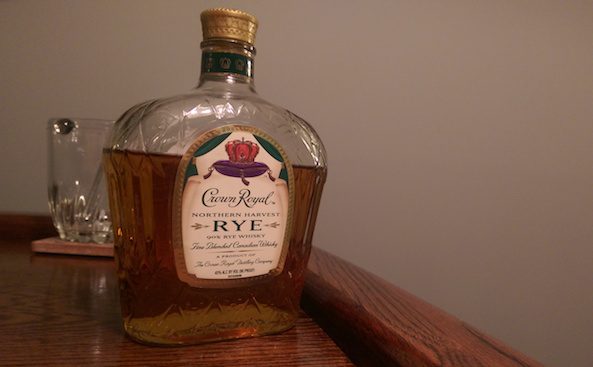 The 2015 Canadian Whisky Award winners were announced at the Victoria Whisky Festival Jan. 15

VICTORIA—It was good enough for the world, but not for Canada.

Crown Royal’s Northern Harvest Rye, which sent everyone from first-time samplers to rye aficionados scrambling to liquor stores across the country this holiday season, has been outdone.

A panel of 10 independent whisky experts at the sixth annual Canadian Whisky Awards have handed this year’s top honour to Lot No. 40.

Davin de Kergommeaux, the chairman of the judges, described the Corby Spirit and Wine Ltd.-made liquor as “a rye whisky sensation.”

“Interest in rye is surging globally and here is proof that Canada makes the best all-rye whiskies in the world,” de Kergommeaux, who is a trained sommelier, added.

It was a different sort of sensation that spread across the country late last year though. Whisky writer Jim Murray dubbed Crown’s Northern Harvest Rye 2016 World Whisky of the Year in November—an announcement that sent the product flying off shelves in short order. In fact, droves of would-be customers are still trying to get their hands on a bottle. Nevertheless, Northern Harvest was forced to settle for a gold rating and an award of excellence at Canada’s national awards.

Despite the slight snub, the awards’ blind testing format leaves little room for debate. Gimli, Man.-distilled Northern Harvest, it seems, is not quite as finely-tuned to the Canadian palate as Lot No. 40, which is produced at Hiram Walker Distillery in Windsor, Ont.

No matter which brand consumers are buying, 2016 is likely to prove a landmark year for Canadian whisky.

De Kergommeaux pointed to the international market’s “skyrocketing” interest in a diverse range of Canadian products—from specialty releases to flavoured whiskies. Now with the prestige of a World Whiskey winner, Canada’s rye makers could be ready to make their mark on the international whisky market.